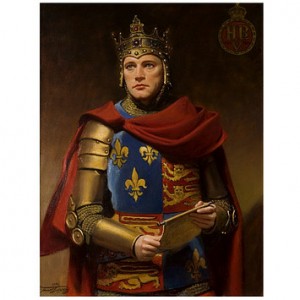 This is the first in a series about actors and their greatest Shakespearian parts.

Henry V is a gift of a part for a young actor. It’s a varied role, particularly if  Henry IV Parts 1 and 2, which show Prince Henry before he becomes king, are played at the same time. During the course of three plays he turns from being a callow if watchful youth to a heroic, regal, ruthless and even romantic ruler.

In 1951, to celebrate the Festival of Britain, the Shakespeare Memorial Theatre staged a cycle of Shakespeare’s History plays from Richard II to Henry V. Several leading actors had been cast including Michael Redgrave as Richard II and the Chorus in Henry V. Anthony Quayle, who ran the company, was to play Falstaff himself. A young, little known actor called Richard Burton was recruited to play the key roles of Prince Hal and Henry V.

Burton had all the necessary attributes: stage presence, good looks, energy, and that voice. He arrived in Stratford a relative unknown.  Kenneth Tynan, one of the most important theatre reviewers wrote: “His playing of Prince Hal turned interested speculation to awe almost as soon as he started to speak; in the first intermission local critics stood agape in the lobbies.” By the end of the season he had become a star.

Tynan described Burton as “a brimming pool running disturbingly deep”, his voice “urgent and keen”. This sound recording was made of part of the performance in 1951.

There was general agreement that he was more successful playing youthful Prince Hal than mature King Henry. Nevertheless he was hugely successful in this role, acting some of the most difficult scenes with sensitivity and subtlety. The back story to Henry V is that as a young man, Henry was widely known to have behaved badly with a group of unsuitable friends. When he becomes king there are still questions over whether he has left his unsavoury past behind. A C Sprague, in his book Shakespearian Players and Performances describes how Burton, as King, reacted to the news of the execution of his former friend Bardolph, who has robbed a church.

As he listens, recollections crowd upon him, of this same Bardolph. So at any rate, young Richard Burton made me feel when, as Henry, he stood musing … then, after a slight pause, but gravely and without hesitation, said quietly: “We would have all such offenders so cut off”.

Several biographies have been written about Burton’s colourful life. Tom Rubython’s  And God Created Burton is the most recent to hit the bookstands, and contains fascinating details about this period. I was familiar with the facts relating to the productions and the theatrical archives that still exist such as prompt books, reviews and photographs, but  hadn’t realised that behind the scenes Richard Burton’s ex-schoolteacher, guardian and mentor Philip Burton created friction with Anthony Quayle by accompanying Burton to Stratford and insisted on directing him in the acting of the part. 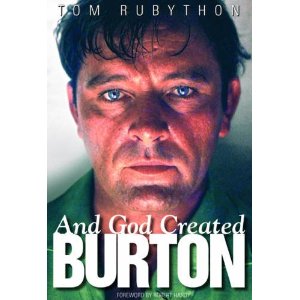 The book also claims that 1951, the year which Burton spent at Stratford, was the happiest of his life. It was certainly the year in which he achieved stardom when the doors to acting in Hollywood began to open. He’s not the only young actor for whom a season in Stratford has proved the launch pad for their career.

Although Hollywood beckoned, this wasn’t his last brush with the stage, or Shakespeare. He went on to play Hamlet and Coriolanus at the Old Vic in 1953, and repeated the part of Henry V there in 1955. The painting above is of this later production, when he was hailed as the natural successor to Laurence Olivier. This was his last season on the London stage, but in 1964 he played Hamlet on Broadway directed by probably the most successful Hamlet of the century, John Gielgud. In 1967 he was directed by Franco Zeffirelli in a filmed version of The Taming of the Shrew, co-starring with his wife Elizabeth Taylor.

Although he was at one time Hollywood’s most bankable actor, and a legend in his own lifetime, there remains a feeling that as an actor Burton never reached his potential, being better known for the turbulence of his private life than for his acting.  His early death in 1984 aged only 58, combined with a career mostly in film, has meant that he is remembered for only a few classic roles. Chief among these is Henry V.