The ups and downs of power 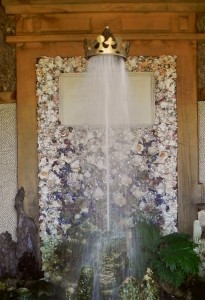 No matter what your political affiliation, you have to feel a bit sorry for Nick Clegg. Only a year ago he was the darling of the electorate.  In the televised debates between the leaders of the three main parties before the 2010 UK general election he made all the running. The recent local government elections and the Alternative Vote referendum though have shown a collapse in the support for the Lib Dems so disastrous there have been calls for him to resign. The fickleness of the electorate would not surprise Shakespeare.

In Richard II, the groom who visits Richard in prison describes how Henry IV, the new king, chooses to ride Richard’s favourite horse, Barbary, in the procession.

Even the horse seems to betray Richard:

O, how it erned my heart when I beheld,
In London streets that coronation day,
When Bolingbroke rode on roan Barbary!
That horse that thou so often hast bestrid,
That horse that I so carefully have dressed!

Nick Clegg would empathise with the situation Richard II finds himself in when handing over the English crown to Bolingbroke. Shakespeare makes the scene memorable by having the two men hold the crown, beautifully illustrating the shifting of power from one to another.

Here, cousin,
On this side, my hand, and on that side, thine…
Now is this golden crown like a deep well
That owes two buckets, filling one another,
The emptier ever dancing in the air,
The other down, unseen, and full of water:
That bucket down, and full of tears, am I,
Drinking my griefs, while you mount up on high.

This image came to mind when I visited Arundel Castle in Sussex a few days ago. Parts of the castle have withstood over 900 years of turbulent history, but it was in the formal gardens where I found a Shakespearian connection. These gardens were landscaped as recently as 2008, an attempt to reconstruct the early seventeenth century gardens created for Arundel House in London to designs by Inigo Jones. Within the garden is a kind of grotto, a reconstruction of Oberon’s Palace, which formed part of the set for The Masque of Oberon designed by Inigo Jones and written by Shakespeare’s friend Ben Jonson, in 1611. See here for information about these court masques, including a design for this feature.

Inside the grotto is this magical water featurewhere a crown is suspended on a column of water. It’s a wonderfully Shakespearean visual metaphor: a golden crown hovers above a column of water. As it hangs and dances in the air, without any means of support, it revolves. Like Shakespeare’s rising and falling buckets, it’s a spectacular reminder of the ephemerality of power. These were popular features of gardens of the nobility in 17th century Europe, and it’s an image that all politicians of the twenty-first century would be well advised to keep in mind.

4 Responses to The ups and downs of power