Autumn is really on its way now, and although it’s a beautiful time of year there’s always a feeling of sadness because summer’s past and the cold harsh days of winter are on the way.

Shakespeare’s most often-quoted passage about late autumn comes in sonnet 73:

That time of year thou mayst in me behold
When yellow leaves, or none, or few, do hang
Upon those boughs which shake against the cold,
Bare ruined choirs where late the sweet birds sang.

Elsewhere autumn’s characterised less by melancholy than by storms. In The Taming of the Shrew Petruchio says he won’t be put off by Katherina’s arguments

For I will board her, though she chide as loud
As thunder when the clouds in autumn crack.

Titania too characterises autumn as “chiding” in her often-quoted speech about the alteration of the seasons. October certainly can be a stormy month.

I’ve put together a few photographs of Stratford-upon-Avon and the wooded Welcombe Hills where Shakespeare owned land, celebrating this magical season. 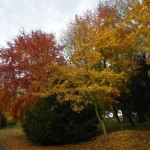 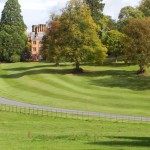 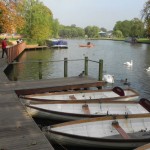 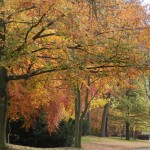 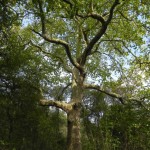 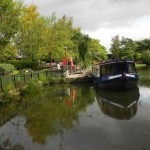 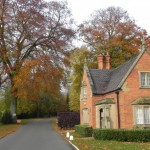 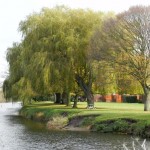 This entry was posted in Stratford-upon-Avon and tagged autumn, Shakespeare, Welcombe Hills. Bookmark the permalink.

One Response to Stratford-upon-Avon in autumn