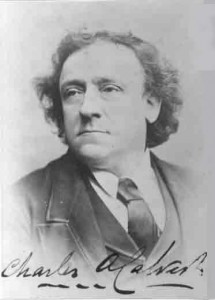 One of the quiet pleasures of being a librarian is the satisfaction of finding an elusive fact for a reader, or helping them make a discovery about a previously unrecognised item. The Shakespeare Centre Library and Archive holds quite a number of books and documents with no apparent connection with Stratford-upon-Avon. Stratford’s strong association with Shakespeare has meant that for centuries people such as writers, translators and theatre professionals have wanted their work to find a home at Shakespeare’s Birthplace, and the Library and Archive is now situated in a building just across the garden.

Val Brodie is someone who had several what she calls “Eureka moments” in the Library and Archive while I was working there. Researchers looking into original sheet music for productions are rare, and she is one of the few people to investigate the two massive volumes of records relating to Charles Calvert’s spectacular 1872 Manchester production of Henry V. I remember Val’s surprise and delight when she found that these illustrated volumes, containing the original music, were in Stratford after she had already made enquiries in Manchester. 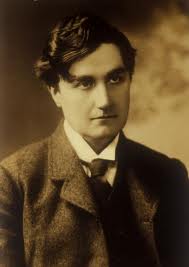 It became even more exciting when she called up some of the incidental music used by the Benson Company at the Shakespeare Memorial Theatre in the early years of the twentieth century. Some of this music was written by the great composer Ralph Vaughan Williams. It was already known that some of it was his original manuscript. As it happened a member of the RSC’s music department is also something of a Vaughan Williams specialist and between him and Val it was possible to establish that far more of the music is in his own hand than had been suspected. These manuscript additions sometimes show him rewriting sections of music for the orchestra at the last minute.

Val’s written her compelling story up for Blogging Shakespeare: do take a look.