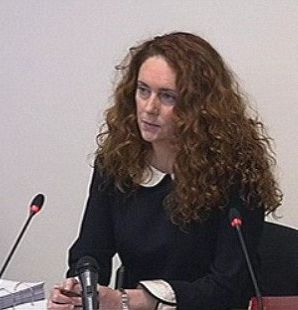 Rebekah Brooks and others testifying to the Leveson Inquiry claim to have staggeringly poor memories of events. Zoe Williams, in her Guardian article of 11 May commented “You couldn’t live a life with this bad a memory. Never mind that you’d never be able to do a demanding job, you wouldn’t be able to pass your GCSE’s”.

Without making any assumptions about the reason why those being investigated might have forgotten so much, it’s certainly true that memory does play tricks on all of us.

I’m currently reading Simon Callow’s book Charles Dickens and the Theatre of the World (a great read by the way). Memory took a major part in Dickens’ own life, his own story coming out in those semi-autobiographical novels. Callow points out that Dickens got his love for the theatre from his mother, who also tended to dramatise events from her own life.
She liked to say that she had been dancing all night the day before Charles was born; diligent research has shown that the ball took place four days earlier, which only goes to show what a spoilsport diligent research can be.

Peter Holland’s book Shakespeare, Memory and Performance is a collection of essays in which diligent academics look at memory and its reliability in many different ways.  In his own chapter he finds that the question “How do actors remember all those lines?” is not nearly so simple as you might think. Books on acting offer virtually no tips or advice, yet for ordinary people it’s the greatest mystery of the actor’s art.

He also  addresses the question of how actors often get it wrong, and tells some delightful stories of Harriet Walter substituting “gravy” for “glory” when playing Beatrice, and of Robert Stephens playing Falstaff towards the end of his life when remembering the lines every night was by far the most difficult challenge he faced in performing the role. 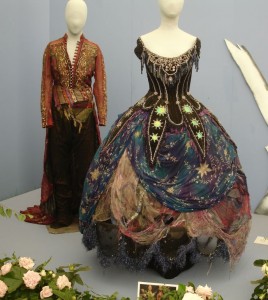 Other essays look at ways of pinning down performances by looking at material remains like costumes and props, as if these items retain within themselves some vestige of the performance. Official records, the archives such as prompt books, production photographs and even nowadays the archival video, seem to offer certainty, but as anyone who’s done any research into performance knows, all these can be misleading, and in any case don’t offer more than a misty reflection of the thing itself. Memory, whether it’s the actor’s memories of playing the role, the director’s or the audience’s, is in some ways the only real way of getting at the performance. Where would we be now without written down recollections like those of Simon Forman who inadvertently wrote the first review of Macbeth at the Globe?

Shakespeare’s plays are full of memories, whether it’s Oberon’s memory of “where the bolt of Cupid fell”, marking the place where love in idleness grows in A Midsummer Night’s Dream, Fluellen reminding Henry V of the garden where leeks grew, or Polonius losing his place in his speech to Reynaldo in Hamlet. 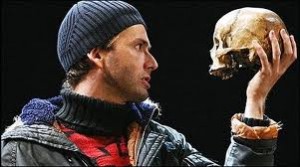 David Tennant in the RSC's 2008 production of Hamlet

At the beginning of the play the Ghost’s command “Remember me” sparks Hamlet’s response “Remember thee? Ay, thou poor ghost, whiles memory holds a seat in this distracted globe”.  Hamlet is a play obsessed with memory, from Hamlet’s remembering of his mother’s love of his father “Why she would hang on him”, Horatio’s comparison of old Hamlet with his ghost “I knew your father. These hands are not more like”, Hamlet remembering the Player’s speech about Hecuba, “I heard thee speak me a speech once” and most powerfully, the moment when Hamlet picks up the skull of Yorick and memories of his childhood come flooding back.

Memories of performance can be powerful, and discussing a production from the past goes beyond the “Do you remember the bit where…” chat. Every person who sees a production sees something different because of where they were sitting, and because each performance is different from the next. But we also see productions differently because of who we are at the moment when we see them. Memories, can be deeply personal and may be much more compelling than the facts. Nobody wants their memories shattered.

The Leveson Inquiry is charged with researching diligently, probing deep into the recollections of conversations and events. In remembering performance, though, diligent research can indeed be just a spoilsport.