The Queen ‘s Diamond Jubilee and the elements 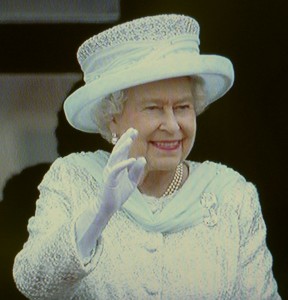 I know I’m a bit obsessed with things of Shakespeare’s period, but has it occurred to anybody else that each of the four days of the Queen’s Diamond Jubilee celebrations has represented a different one of the four elements of earth, air, fire and water?

During Shakespeare’s time most people believed that everything was made up of these elements. Each element had two qualities: Earth, dry and cold, Air, moist and hot, Fire, dry and hot, Water, cold and moist.

It started on Saturday with the horse-racing at Epsom, horses always being associated with the famous lines from Henry V: “think, when we talk of horses, that you see them, printing their proud hoofs i’ th’ receiving earth”. 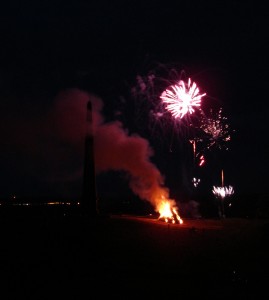 Sunday’s Thames pageant represented water, both below and from above. Monday was dominated by the excitement of the concert after which beacons and spectacular fireworks were lit around the country.

Finally on Tuesday, the spirituality of the glorious service at St Paul’s Cathedral was rounded off by the flypast of planes over Buckingham Palace, representing air.

The four elements needed to be balanced in order for a person to be healthy, an imbalance causing a person to 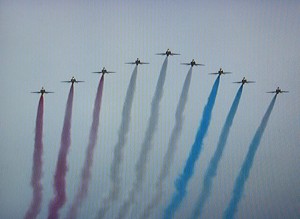 be humorous, or dominated by one of the humours, either choleric, melancholic, sanguine or phlegmatic. Each element was also associated with a particular season, a planet, parts of the body and even skin-colours. The words element, complexion, temperament and humour all had very different meanings in Shakespeare’s time.

This is an extremely simplified summary of a complicated subject, and I’m indebted once again to Sujata Iyengar’s book, Shakespeare’s Medical Language which explains the various theories in great detail.

Understanding some of these references helps to make sense of some of the otherwise difficult passages in Shakespeare. In Twelfth Night Sir Andrew asks “Does not our lives consist of the four elements?”, and  the Dauphin in Henry V describes his horse: “he is pure air and fire; and the dull elements of earth and water never appear in him”.

In Love’s Labour’s Lost Armado asks Moth what complexion a woman was of : “Of all the four, or the three or the two, or one of the four”, Moth replies. Armado goes on to say “My love is most immaculate white and red”, colours associated with the sanguine or cheerful temperament.

In The Taming of the Shrew Petruchio tells Kate why he and she, both argumentative and thus tending to the choleric humour, should not eat overdone meat:
I tell thee, Kate, ’twas burnt and dried away,
And I expressly am forbid to touch it,
For it engenders choler, planteth anger,
And better ’twere that both of us did fast,
Since, of ourselves, ourselves are choleric.

Shakespeare’s Sonnet 45 is created around the concept of the elements and the humours, the author assuming his readers understand it. The quicker elements of air and fire belong to the person who is addressed, while the author, lacking his lover, is reduced to melancholy, the humour governed by earth and water.
The other two, slight air and purging fire,
Are both with thee, wherever I abide;
The first my thought, the second my desire,
These present-absent with swift motion slide.
For when these quicker elements are gone
In tender embassy of love to thee,
My life, being made of four, with two alone
Sinks down to death, oppressed with melancholy;
Until life’s composition be recured
By those swift messengers returned from thee,
Who even but now come back again, assured
Of thy fair health, recounting it to me.
This told, I joy, but then no longer glad,
I send them back again, and straight grow sad.

Whether intentionally or not, the four days of the Diamond Jubilee have been a complete and balanced celebration, a fitting tribute to sixty years of service by a woman in whom, like Brutus in Julius Caesar, the elements are perfectly mixed. 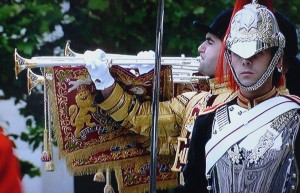