O this learning, what a thing it is!

Last week the biennial International Shakespeare Conference was held at the Shakespeare Institute in Stratford-upon-Avon. With only space for two hundred and thirty, places are strictly limited. Now technology is being used to open this exclusive conference up to anyone who wants to catch the lectures. A number of sessions have been recorded and made available in full online including Kiernan Ryan on Staging the Future: Shakespeare’s Universal Theatre, Dympna Callaghan on Shakespearean Lyric and Richard Wilson on Shakespeare’s Olympic Game.

One day perhaps we’ll get live broadcasting and the ability for people not in the room to interact by asking questions, but I’m probably a bit ahead of the game here!

Recording of seminars from the Shakespeare Institute have appeared on the Backdoor Broadcasting site over the last couple of years. If you like the idea of hearing lectures given by specialists from the comfort of your own home, take a look at their site: as well as Shakespeare there’s a huge range of other material available free.

Another way you can listen to university lectures is via the ITunes U channel, and some universities are posting complete courses there. I haven’t had the chance to check this out properly, but for those of you on Twitter, have a look at @iTunesU where they release information about courses on every subject from The Culture of Ancient Greece to Astronomy. 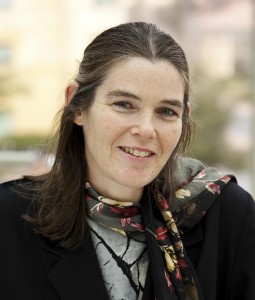 Technology is making the whole world of education more open and democratic. Why should higher education be limited to a few brief years, and to those who can afford to pay for it? This link takes you to a 20-minute lecture by Daphne Koller from Stanford University. It’s her aim to deliver courses to anyone, anywhere, who has the desire to learn, completely free.  What’s really interesting is her discussion about how important it is to move beyond lectures to engage people, and how they are finding ways of building in interaction and mentoring to students wherever they are.

I find the subject of online education fascinating:  here are just a few of the discussions I’ve picked up recently:

In many levels of education social media tools are being creatively re-used. The idea that people around the world, of any age or background can simultaneously follow a free university-level course and feel supported while they do so, is inspiring. Hopefully everyone including life-long learners will be able to “study what [they] most affect”, and suggest:
Here let us breathe and haply institute
A course of learning and ingenious studies.

3 Responses to O this learning, what a thing it is!