The rule of law: Anders Breivik and Richard III 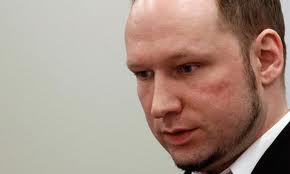 This morning the court in Norway has ruled that Anders Behring Breivik, the killer of 77 Norwegians last summer, is sane. He will be sent to high-security prison from where he hopes to be able to argue that his views about multiculturalism are legitimate, not the inventions of an unbalanced mind. It’s been a difficult, long-drawn out decision for the five judges, following the prolonged and harrowing trial. But the process of law has been civilised, even when the Norwegian people have had to face terrible violence. Breivik will serve a minimum of 21 years in jail.

By coincidence this morning it has also been revealed that archaeologists are about to begin an excavation to find the grave of Richard III, the last English king to be killed in battle. His reputation was swiftly blackened by the incoming dynasty, held responsible for a string of murders including the heartless killing of two children.

The Richard III Society was established in order to redress this injustice: there are many records indicating Richard was a good ruler, but the official line, promoted by historians such as Raphael Holinshed, was that Richard had been an evil monster. Portrait painters gave him a hunched back, a physical sign of his depravity. But Richard was never given the chance to tell his own story in a court of law. 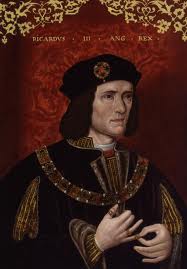 Shakespeare is often blamed for Richard’s reputation but all he did was to take this view and run with it. The portrait painted in words by Holinshed did nothing but stimulate his imagination, enabling Shakespeare to create one of the most exciting psychopathic characters in all fiction. It’s a pity for Richard III’s reputation, but you can’t wish Shakespeare’s play unwritten.

The story of what happened to Richard’s body is interesting given the discussion about Brevik. He was killed at the Battle of Bosworth Field in 1485. The winning side knew they had to demonstrate he was dead to avoid the possibility of Yorkist supporters raising another army against the Lancastrians. His body was taken the 15-20 miles to Leicester where it was exhibited in a church before being buried in the Church of the Greyfriars.

Nowadays the graves of people likely to be celebrated as martyrs are made anonymous, but Richard III’s body was treated respectfully, and it’s recorded that King Henry VII arranged for an alabaster memorial slab to be placed over his grave. There’s no record of what happened after the Dissolution of the Monasteries in the 1530s, and even the site of the Church is now disputed. One of the things the archaeological dig will establish is exactly where the church was. It’s always surprising to me how quickly historical evidence can vanish or be mis-remembered, and it’s only a couple of years ago since it was established that what had been thought to be the site of the Battle of Bosworth was found to be wrong by about two miles. The correct site was, again, confirmed by an archaeological dig.

There’s a tradition that many years later, in the early 1600s, Richard’s bones were dug up and dumped in a nearby river. This must have been the result of his reputation as a murderer being widely known: was it I wonder Shakespeare’s play that had popularised the story?

Also in the news this morning is the publication in a daily newspaper of the photographs of Prince Harry “letting his hair down” in a Las  Vegas hotel room. You can’t help wondering how the press would have reacted to the antics of an earlier Prince Harry, Shakespeare’s Hal, who also liked to let his hair down in between his more serious military duties.

2 Responses to The rule of law: Anders Breivik and Richard III