Posted on September 5, 2012 by Sylvia Morris

Heritage Open Days have become a regular part of the UK’s cultural calendar. For one weekend doors normally closed are thrown open in some of the most historic buildings in the country.

This year, between Thursday 6 and Sunday 9 September you can go on a tour of a Royal Navy submarine in Gosport, Hampshire, see a steam-powered weaving mill in Burnley, Lancashire or look round a tiny shepherd’s hut dating from 1800 in Barford, Norfolk. Amidst the small-scale and quirky, many of the country’s stately homes also join in.

The website contains all the details. If you can’t find something you like you’re really not trying. And the best thing is that it’s all free. But don’t forget some events have to be booked in advance and most are available for only one or two of the four days. So do your homework first. 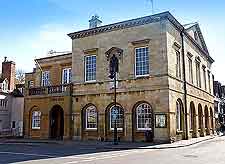 In Stratford-upon-Avon there’s a coordinated Heritage Trail with nine in-town destinations and another a few miles outside. For me the must-see places include the Shrieve’s House in Sheep Street, a Tudor house not usually open to the public, Secrets of the Bell Tower atHoly Trinity Church and the displays at the Town Hall. One of the Olympic torch bearers is bringing his torch along!

If you’ve never been, King Edward VI School is opening up Big School, where Shakespeare was educated and I can recommend the Behind the Scenes tours of the strongrooms of the Shakespeare Centre where collections of international importance are kept relating to both Shakespeare and the history of his town. 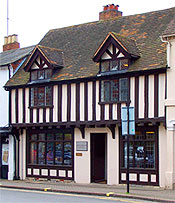