Stratford-upon-Avon’s celebration of Shakespeare on Film 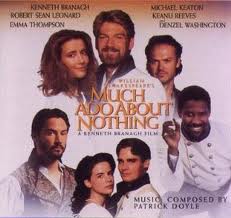 Most people get their first introduction to Shakespeare in performance by watching not a live theatre production but a film. And the viewing figures for a Shakespeare film far outnumber even the most successful stage production. So the Shakespeare Film Festival  organised by the Shakespeare Birthplace Trust in collaboration with Stratford-upon-Avon’s Picturehouse that’s about to begin is a good reminder of the importance of filmed versions to most of the visitors to Shakespeare’s town.

Considering the conventional wisdom is that Shakespeare is death to the cinema box office it’s astonishing how many films have been made.  Hollywood stars like Marlon Brando, Mel Gibson and Gwyneth Paltrow have all performed in Shakespeare on screen, though Paltrow’s contribution was to the glorious comedy Shakespeare in Love rather than to a full play. Many of the most interesting films are those which feature Shakespeare plays, rather than being the play itself: Looking for Richard, Shakespeare Wallah, and the wonderfully-inventive Theatre of Blood. Foreign films such as Kurosawa’s Ran and  Throne of Blood have become classics, and there are dozens of adaptations from the glorious sci-fi Forbidden Planet (based on The Tempest), the musical West Side Story (based on Romeo and Juliet) and 10 Things I Hate About You (based on The Taming of the Shrew). The list goes on and on. If you’d like to find out more, here’s a link to the British University Film and Video Council’s amazingly comprehensive International Database of Shakespeare on Film, Television and Radio which includes 7300 titles, and the up to date Wikipedia entry. 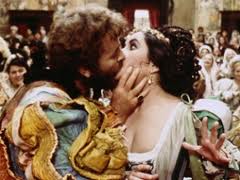 Richard Burton and Elizabeth Taylor in The Taming of the Shrew

The Festival in Stratford runs from 6-21 October and will feature a variety of films, from the earliest filmed versions of Shakespeare, the 1899 silent excerpts of Herbert Beerbohm Tree’s stage performance as King John to a brand-new version of The Tempest. Also on the menu is Sir Kenneth Branagh’s hugely popular version of Much Ado About Nothing.

Branagh has done more than anyone else to popularise Shakespeare on film, and his films encouraged the 1990s fashion for cinema Shakespeare, so it’s appropriate that he’s agreed to be the patron of the Festival. While it celebrates Shakespeare adapted and conceived for film as with the Richard Burton/Elizabeth Taylor The Taming of the Shrew it also includes films which began as theatre productions like the Laurence Olivier Othello and Patrick Stewart’s Macbeth. And there’s a real rarity in the version of A Midsummer Night’s Dream filmed on the stage of the Shakespeare Memorial Theatre for showing on American TV in 1959 which featured the great star Charles Laughton who both delivers an introduction and performs the great comic part of Bottom. As far as I know this has never been projected on the big screen before though it’s been available for individual library viewing at the Shakespeare Centre Library and Archive for many years. 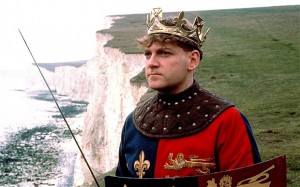 As well as the films there will be lectures and discussions featuring experts to add depth to the experience, in particular Professor Russell Jackson who as Kenneth Branagh’s advisor on his Shakespeare films has unrivalled behind-the-camera knowledge. Most of us get to see filmed Shakespeare on our TV or computer screens these days, so it’s going to be a real treat to view them, as they were designed to be seen, on the big screen.

You can also check out Shakespeare entries on the Internet Movie Database, and Shakespeare on film enthusiasts will find lots of great material on the Bardfilm Shakespeare and Film blog.