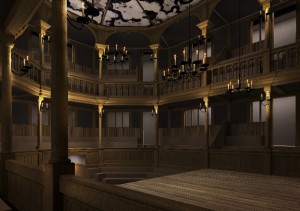 Major congratulations are due to Shakespeare’s Globe, where the building of their new indoor theatre has just begun. It has just been announced, here and here, that the theatre will be named after the man who devoted himself to the creation of a reconstruction of Shakespeare’s theatre, Sam Wanamaker. 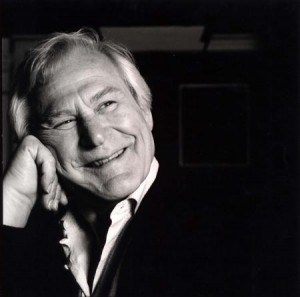 Wanamaker first came to the UK in 1949 as a young actor and was disappointed to find no reconstruction of the most famous theatre in the world. From 1970 until his death in 1993 he worked tirelessly to make the Globe a reality and it’s entirely appropriate that his name should be so permanently associated with the building.

The new theatre will be based on Shakespeare’s indoor theatre, the Blackfriars. Plans were discovered by chance in the 1960s, and the intention is to light it as the original would have been, using candles. This new theatre will allow playing to go on during the winter, and in all weathers. It will also have the great advantage of not being disturbed by the sound of aircraft flying above.

The theatre is scheduled to open in early 2014 with a repertoire of appropriate plays. It’s rumoured that one of the first performances will be by Edward’s Boys, a group of boy-players, pupils from Shakespeare’s own school in Stratford-upon-Avon, another unmissable event for the Shakespeare-lover.

One Response to The Sam Wanamaker Theatre