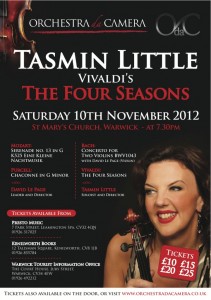 This morning violinist Tasmin Little was interviewed on Radio 4’s flagship news programme Today, talking about rare violins and their value. In Vienna the verdict in the trial of Dietmar Machold, accused of fraud and embezzlement in the trade of rare musical instruments, is expected imminently.

In 2008 she performed in a concert in Stratford-upon-Avon celebrating the 50-year anniversary of the death of composer Ralph Vaughan Williams. Vaughan Williams had Stratford connections going back to 1905 when he and Holst had provided music for a Jonsonian masque, Pan’s Anniversary. This was staged in Stratford with folk dancing arranged by Cecil Sharp. His involvement culminated in 1913 when he was invited to arrange and conduct the music for the Shakespeare Festival. Much of this music is now kept among the theatre’s archives at the Shakespeare Centre Library and Archive, and among the neatly copied parts are some sections written in Vaughan Williams’ own hand, probably changed during the hurly-burly of rehearsals. Only a few months before the concert some additional fragments of music for Much Ado About Nothing, another play performed in 1913, were identified and these were shown to Tasmin before the concert. 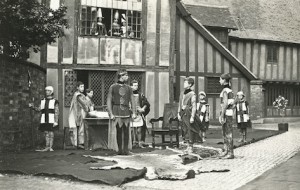 Most of the plays in the 1913 season were history plays, including Richard II, Henry IV Part 2, Henry V and Richard III. In addition to the professionally-produced plays, during the spring Henry V was performed by the boys of Shakespeare’s own school in the Memorial Theatre. Music by Vaughan Williams was also used. Although they didn’t know it at the time, it was to be an exceptionally poignant moment.  All the boys who appeared in the production in 1913 fought for real in France during the First World War, seven of them losing their lives. 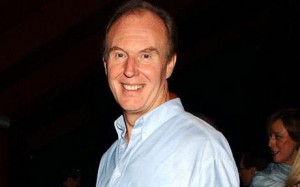 On 17 March 2013 a centenary performance will take place in the Swan Theatre (built in the shell of the original theatre), in which this music will be reconstructed. The highly-praised amateur troupe of current KES students Edwards’ Boys will take all the roles except the Chorus which will be played by eminent Old Boy Tim Pigott-Smith. Tickets are now on sale, and if you’d like to sponsor the production here’s a link to their Sponsume page

It’s going to be inspirational to see boys from Shakespeare’s own school celebrate Shakespeare’s achievement, and that of their forebears, with a performance in the same space where it took place so long ago.

When Tasmin was asked about the monetary value of the violins, she commented that it’s the music that can be played on them that makes the instruments valuable. It’s easy to put a value on a historic object, to admire it in a museum, more difficult to value the human achievement of the person who created it, and the performer who brings it to life. Fortunately Stradivarius’s violins are far more often seen and heard in the concert hall than in the museum. And quite right too.

Incidentally, Tasmin Little is performing Bach and Vivaldi in a concert in Warwick on Saturday 10 November for anyone who would like to hear her bringing one of these fabulous instruments to life.