E-Learning and the use of digital resources 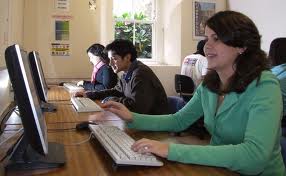 Enabling the study of  Shakespeare, especially by making available resources to students of all kinds was the focus of my professional life as a librarian working at The Shakespeare Centre Library and Archive. But over the past year I’ve become increasingly aware of the efforts being made by organisations and institutions around the world to make their holdings accessible to the public. This post isn’t going to be directly about Shakespeare, but I hope you’ll find the links to some amazing resources interesting.

I’ve just posted a blog in the BSA’s Shakespeare in Education site on the subject of how teaching is changing given the major changes taking place in technology, and just yesterday there was an announcement about how British universities are to provide MOOCs (Massive Open Online Courses).

Last month JISC (the UK’s expert on digital technology for education and research) hosted an online conference Innovating e-Learning 2012: Shaping the future. This brought together (virtually) delegates from further and higher education to look at the changing educational environment from the point of view of learners, practitioners and institutions. One session was entitled Lifelong learning in a digital age, and the final keynote address asked the question “Why do I need a teacher when I’ve got Google?”

Students still need teachers, but that isn’t to say that they shouldn’t explore the amazing resources now coming on line. The links I’m including are to some terrific online image libraries which are the result of digitisation programmes in libraries, archives, museums and galleries.

There are many difficulties for organisations in opening up their holdings including copyright, variable metadata standards, pressure to protect valuable images rather than share them, and the difficulty of finding scattered resources, but there now seems to be a real willingness to open up access to printed articles, digitised images, sound recordings of lectures or films for the benefit of all.  This link leads to a recent post explaining how restrictive policies can undermine education.

Most collection-holding organisations find it hard to justify an expensive digitisation programme without the promise of an income stream from the sale of images, but Nick Poole of the Collections Trust, explains the need for opening collections up in this post. It’s not a simple choice, and this link explains the complex issues involved in using films.

The following resources demonstrate how active this area is: some of them are still under development, and some are very new. Most have some Shakespeare resources, some very surprising! 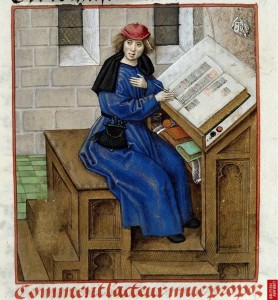 An image from one of the British Library’s manuscripts

Europeana:  The Europeana project was founded with the aim of making 5 million digital objects available. There’s a full explanation here.

Folger Shakespeare Library has digitised thousands of its Shakespeare-related images

German Digital Library. The beta version of this project linking 1800 collecting institutions has just been released 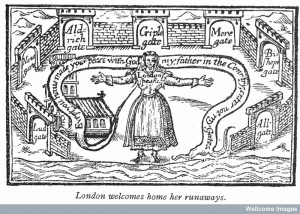 Last but by no means least:

Your paintings by the Public Catalogue Foundation. This online image bank has catalogued over 200,000 oil paintings in the UK’s public collections. Put in a search for Shakespeare and see what you find! Here’s an article about the whole project.

3 Responses to E-Learning and the use of digital resources