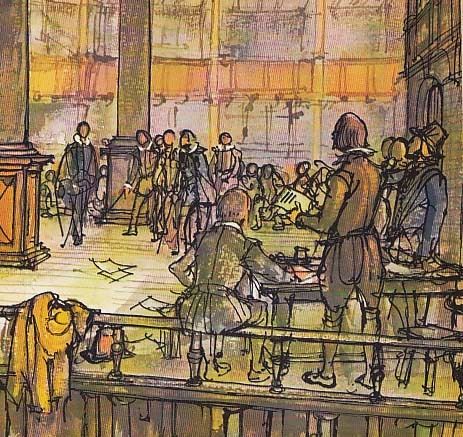 Christmas must have been anything but relaxing for Shakespeare when he was at the height of his career. Instead of putting his feet up in front of a roaring fire with a warming drink in his hand, he was hard at work. During the Christmas period theatre audiences wanted  their fill of seasonal entertainment.

Last Christmas I wrote about the goings-on at court, particularly during the reign of King James.

In his book 1599 James Shapiro gives an account of the Christmas season at the end of that year. The court was at Richmond, where a series of plays were to be performed by Shakespeare’s Company (the Chamberlain’s Men) and the Admiral’s Men. The plays included two by Thomas Dekker, The Shoemaker’s Holiday and Old Fortunatus,  and Ben Jonson’s Every Man Out of His Humour. All were new, and all were comedies.

Dekker wrote a special prologue for Old Fortunatus to flatter the Queen:
Our eyes are dazzled by Eliza’s beams,
See (if at least thou dare see) where she sits:
This is the great pantheon of our goddess,
And all those faces which thine eyes thought stars,
Are nymphs attending on her deity.

It seems that none of Shakespeare’s plays were performed but he might not have had an appropriate new play. In Love’s Labour’s Lost he refers to “Christmas comedy” and in The Taming of the Shrew to “a Christmas gambold”. Shapiro suggests he had spent much of 1599 writing Hamlet, and his new play Julius Caesar would not have fitted the bill, the murder of the ruler being at the centre of the plot. It was a politically difficult time: the Earl of Essex was said to be ill, but was in fact under house arrest. The poet John Donne was at court and wrote “The court is not great but full of jollity and revels and plays and as merry as if it were not sick”. It sounds as if  courtiers were unable to acknowledge the uncertainties relating to Elizabeth’s old age and the lack of a clear royal successor. 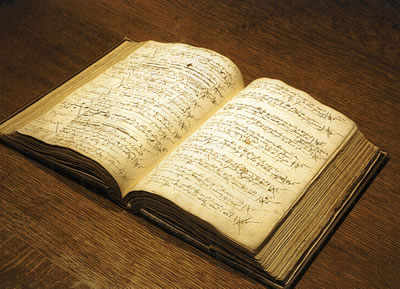 Back in the public playhouses performances continued. A few years earlier, in 1594, Philip Henslowe recorded what was on offer at his Rose Theatre during the Christmas period. Three plays by Marlowe were revived: Dr Faustus, and both parts of Tamburlaine (Marlowe had died over a year before), and many other plays were on offer, most of which are unknown except for their titles. On Christmas Day itself The Grecian Comedy was performed, followed the next day by The Siege of London. The Christmas play in 1595 was The Wonder of a Woman, and in 1596 their hit play was Nabucadonizer, presumably, as Gregory Doran speculates in his Shakespeare Yearbook, a play about the great king of Babylon, Nebuchadnezzar. 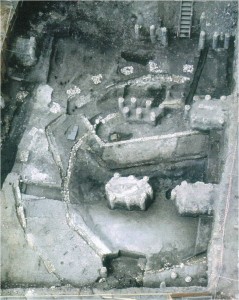 The 1989 excavation of the Rose

Henslowe’s Rose was the first theatre to be built south of the river, and in 1989 it was also the first early modern playhouse whose archaeological remains were found on the site where an office block was about to be built. The “Save the Rose” campaign arose spontaneously and was extremely successful. The site was designated a Scheduled Ancient Monument, and the remains were preserved in the basement of the new office block. It also drew attention to the fact that these famous theatres still existed and encouraged the search for them. The Museum of London Archaeology (MOLA) has now excavated so many of these sites that they are experts on the subject. It’s by no means easy though, as archaeologists are only able to excavate sites that are about to be redeveloped. 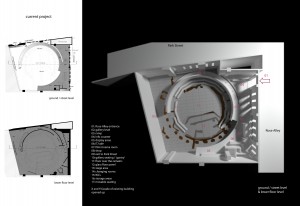 Plans for the current project

The Rose has always received generous support from important members of the theatrical profession such as Judi Dench and Ian McKellen, and during November it was announced that the Heritage Lottery Fund had awarded a development grant to enable the Rose Trust to work up plans for further archaeological exploration as well as the building of a visitor and performance centre. For now, the site is open every Saturday to visitors from 10-5 , and performances are being put on.

Full details are on the website, but events for 2013 include a Q&A session with actor Liam Brennan (currently appearing in the production of Twelfth Night at the Apollo Theatre), and productions of Hamlet, Marlowe’s Dido, Queen of Carthage, Jonson’s The Alchemist, A Midsummer Night’s Dream and Macbeth.