Announcing the future of the RSC: David Tennant, Hilary Mantel and costume 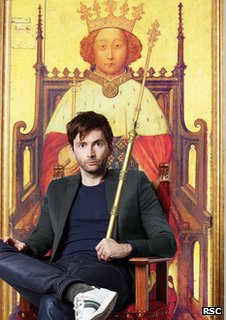 Wednesday morning was an important one for Shakespeare-lovers, with the new team at the RSC, Artistic Director Gregory Doran, Deputy Artistic Director Erica Whyman and Executive Director Catherine Mallyon setting out their plans. There’s a link to the main announcement here and another to the press release, which contains more information, here. And there’s more in the BBC’s report here.

Doran explains the overall strategy in this video clip, here: This winter season acts as a prologue to a wider plan, stretching forward over the next five years. I hope we will work through the entire canon, producing all his plays in our new Royal Shakespeare Theatre, but without repeating the titles in that time. The Swan will be dedicated largely to looking at the stable of writers who worked alongside Shakespeare; to the plays which inspired him and which he inspired; and to writing which matches his scale and ambition, providing a deeper context to the genius of our house playwright.

The biggest announcement was that David Tennant will be playing Richard II, directed by Gregory Doran himself. This was widely rumoured, but I was pleased to hear that casting includes Oliver Ford Davies, the Polonius in Hamlet as, presumably, John of Gaunt who delivers the famous “This England” speech. 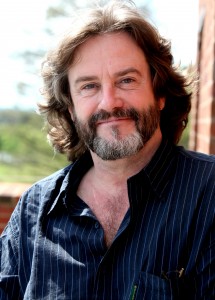 Doran expects this to be the first in a history cycle which he’s planning to direct over the next few years. Although he’s directed over half of Shakespeare’s plays for the RSC the only history he’s directed is Henry VIII, right back in 1996. I’m delighted to hear the news about David Tennant, who I first saw playing a terrific trio of parts also in 1996: a genuinely funny Touchstone in As You Like It in the RST, the slimily unpleasant Jack Lane in the premiere of The Herbal Bed at The Other Place, and the upright Colonel Hamilton in The General from America in the Swan. Tennant’s an actor who revels in being liked on stage, and Richard II will be a challenge for him. It doesn’t seem likely that this will ever happen, but I think he could be a really interesting Iago in Othello. There’s a video interview with Tennant here.

Other productions announced include a new version of Peter Pan, entitled Wendy and Peter Pan, which will be the latest in the tradition of RSC Christmas shows. Over in the Swan there will be adaptations of Hilary Mantel’s award-winning books Wolf Hall and Bring up the Bodies on the rise to power of the Tudor politician Thomas Cromwell. Speculation about who might play the role of Thomas Cromwell began immediately on Twitter. Any suggestions?

Erica Whyman has been put in charge of planning the re-opening of The Other Place as a studio space and promises to bring a spirit of “radical mischief and festivity” from 2014, which should be fun.

I was particularly pleased to see that the company’s rich history is to be celebrated through In Stitches – A Celebration of RSC Costume, which will feature some of the RSC’s iconic collection of historic costumes.In the Ferguson Room (previously the RSC Collection) will be Costume Craft, an interactive display that will show how a theatre costume is made and maintained by the RSC’s Costume Department from the first fitting to the final performance. In the PACCAR Room there will be Into the Wild, an RSC Costume Collection exhibition which will explore how costume designers have interpreted themes of nature in Shakespeare’s work.

With my background working in the RSC’s archives I’m delighted that exhibitions are being planned that will simultanously show off the talents of current costume department, display the contents of the historic costume stores, and exploit the phenomenal riches of the RSC’s archives which, for costumes, include huge numbers of photographs, costume designs and working costume bibles, making it one of the best-documented theatre companies in the world. And although the RSC’s productions are rarely strictly in period this is perfectly timed to coincide with the Royal Collection’s exhibition In Fine Style: the art of Tudor and Stuart Costume.

3 Responses to Announcing the future of the RSC: David Tennant, Hilary Mantel and costume