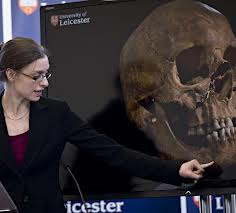 The story of the discovery of the skeleton of Richard III in Leicester is, you can tell, going to run and run. On Wednesday 27 February at 9pm the More4 TV Channel screens another documentary, Richard III: the Unseen Story. The earlier documentary, Richard III: the King in the Car Park, was screened on the day the discovery was formally announced and received 4.9 million viewers and over 60,000 tweets. Many people, including me,  felt this programme was too much about Philippa Langley of the Richard III Society and not enough about the actual findings. Hopefully this second programme will contain more factual footage of the dig and explain how the results of the scientific tests enabled the archaeologists to make a positive identification. It’s a brilliant story in its own right, particularly since the odds of the discovery being made were thought to be extremely slim at the beginning. This link takes you to a piece about the programme. 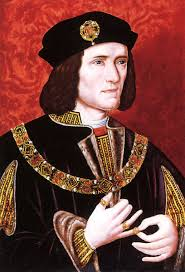 Since the announcement on 4 February an exhibition has been mounted in Leicester’s Guildhall which has, as hoped, received thousands of visitors. Leicester has every reason to promote this story: just in the last few days there have been more calls for the reinterral to take place not in Leicester, as has been decided, but in York. An online petition has received 23,000 signatures and nine descendants of Richard III have apparently called for a burial in York. I’m somewhat mystified by this assertion, as when the scientists were looking for DNA evidence they had to go to two descendants not of Richard, but of his sister. Where have these nine suddenly come from, I wonder? And seventeen generations on, how do they know what their distant relative would have wanted? This article explains more. 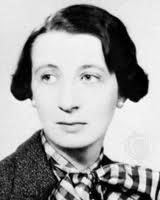 Many people feel they have some sort of insight into or ownership of Richard III, as far as I know the only English monarch to have his own fan club.  The Richard III Society dates back to the 1920s but became popular with the publishing, in 1951, of Josephine Tey’s novel The Daughter of Time. The book has never been out of print. Josephine Tey was actually a pseudonym, one of several she employed. Under another name this woman had in the 1930s created the play Richard of Bordeaux about Richard II, a huge hit for John Gielgud. It seems she had a passion not just for history, but for monarchs about whom Shakespeare had written. She preferred to keep out of the limelight herself, but her success as an author both of drama and the novel is extraordinary. Her life is currently being studied and a biography is planned. What, I wonder, would she have made of the current media interest in Richard III?

This entry was posted in Legacy, Plays and Poems, Shakespeare's World and tagged archaeology, Josephine Tey, Leicester, Richard II, Richard III, Richard III Society, Richard of Bordeaux, The Daughter of Time, The King in the Car Park. Bookmark the permalink.