The Shakespeare Head Press: a link to Stratford’s past 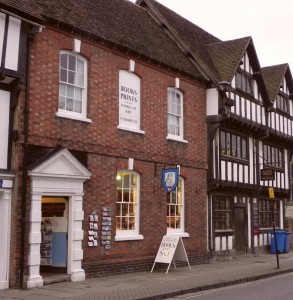 As visitors to Stratford walk between the Shakespeare Hotel and Nash’s House, they pass a handsome building housing a second-hand bookshop. The sign hanging up outside bears a picture of Chaucer, and the shop is known as the Chaucer Head Bookshop. But why does it have this name?

This building was for a number of years in the twentieth century the home of the Shakespeare Head Press, a printing business set up by A H Bullen. Bullen is almost forgotten now, but in his lifetime his knowledge of the 16th and 17th century writers whose works he edited was said to be unsurpassed. The story of how the press came to be here is curious, and is recounted in Dixon Scott’s 1911 book Stratford-on-Avon, published in the Beautiful Britain series. The author recounts a conversation he had with Bullen:

“The idea of establishing a printing-press in Stratford came to me in a dream. I had not visited Stratford for many years, when one night I dreamt that I had been looking over Shakespeare’s Birthplace, and the Church where he lies buried, and was preparing to leave the town when someone said to me: “You’re not going away, surely, without seeing the Book?” “What book?” said I.”Why, haven’t you heard of the whole edition of Shakespeare that is being printed here – the first complete edition ever printed and published in Shakespeare’s own town?” I knew all the time I was dreaming, and I thought to myself, “I must remember this dream when I wake up”. I did remember it, and couldn’t get away from it. I soon saw clearly that there would be no peace of mind for me until my dream came true”. 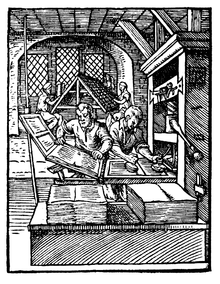 Bullen set about equipping and organising 21 Chapel Street as a printing shop. The Shakespeare Head Press was to be “an honour to Shakespeare’s native town”, the books produced there finely printed from hand-set type. Bullen followed the example of William Morris’s Kelmscott Press. Indeed some of the compositors frames and typecases came from the Kelmscott Press, and the older of the two presses on which the finest books were printed belonged to William Morris and was used by him when he printed his edition of Chaucer. The Kelmscott Chaucer is one of the finest books ever printed in England, and is the  link that gives the bookshop its name.

Sadly Bullen, for all his brilliance as an editor, never received the popular acknowledgement which he deserved and his business never prospered. “It is the avowed aim of the Press to produce worthily books worthy to be so produced”, he claimed, and other work carried out by the Press centred around editions of great English writers and English translations of European and classical literature as well as some works by local authors. The ten-volume Shakespeare was printed in 1904 on hand-made paper in a limited edition of 1000, and is still a sought-after set of books. 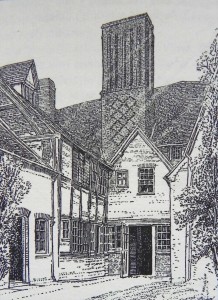 The building from the back, drawn in 1921

Bullen died in 1920 and the business was carried on by B H Newdigate. One of the charming items produced at that time was a little guide to the building. Although refronted in the eighteenth century, it dates back to Shakespeare’s time and was lived in by a man well known to Shakespeare, Julius Shaw. Within the guide is a drawing of the back of the house showing it to be a half-timbered building with impressive brick chimneys, and as well as describing the rooms used for various purposes in the process of printing and binding books the author identifies the original functions of some of the rooms such as the kitchen and brewhouse.

Julius or Juline Shaw was known to Shakespeare for many years. Shakespeare’s father attested the inventory of Shaw’s father’s property and as well as being a close neighbour Shaw was one of the witnesses to Shakespeare’s will. He was a local councillor, twice being the town’s bailiff. The Chaucer Head Bookshop is still a connection to the business of printing on which Shakespeare’s reputation entirely depends and an unexpected link to the past.