Seeking A Midsummer Night’s Dream in “the winds of March” 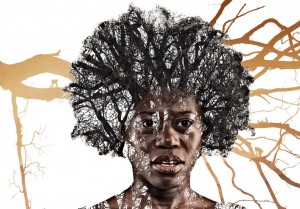 It’s the beginning of March and signs of spring are still few and far between after a long and dreary winter. What does the dedicated Shakespeare-lover need to cheer themselves up? A Midsummer Night’s Dream, of course! And of course you don’t need to be a Shakespeare-lover to enjoy this most endearing of comedies.

It’s the play that’s got everything: romance, music, comical mistakes, transformations, dance, and of course that magical stuff that brings out the child in all of us. If you’re lucky you’ll also get a real live dog! 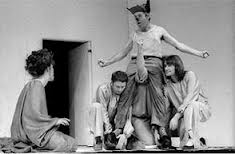 Ever since Peter Brook’s landmark “white box” production in 1970 it’s also been impossible to ignore the fact that it’s also Shakespeare’s sexiest play. Among all the misunderstandings the mechanicals can provide a surprisingly moving play within a play and you’ll hear a good deal of beautiful poetry, such as Oberon’s description of the place where Titania sleeps:
I know a bank where the wild thyme blows,
Where oxlips and the nodding violet grows,
Quite over-canopied with luscious woodbine,
With sweet musk roses and with eglantine.

If you do want a flavour of midsummer madness the good news is that you don’t have to wait because there are already productions ready to lift your spirits.

A couple of tours are currently in progress, one by Custom/Practice, and the other Sell a Door Theatre Company. Both are in action during March in a variety of venues.

Bristol Old Vic are just launching a new production in association with Handspring Puppet Company, running through March and April until 4 May. This sounds like it’s going to be a bit special: Handspring are the company responsible for the puppets in the phenomenally successful production of War Horse, and  the production is going on to perform in the USA over the summer. The director Tom Morris has described it as “an experimental production”. And the Bristol Old Vic has recently reopened after a redevelopment. To celebrate, the Old Vic are running a competition, the prizes for which are three pairs of tickets and programmes to this major new production. Follow this link to have the chance to win. The closing date is 8 March. 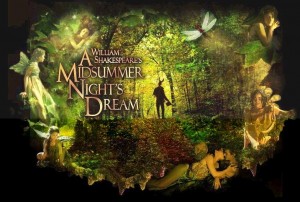 Also in March the Shakespeare Institute Players in Stratford-upon-Avon are staging the play from 14-16 March. This is sure to be good fun so do go along!  And later on the Norwich Players are performing at the Maddermarket Theatre from 21-30 March.

From April onwards there’s lots of choice, including a production at Shakespeare’s Globe, one in Northampton, another at the Stamford Shakespeare Festival, and at Stafford Castle, and from September  to November there will be a production in the West End directed by Michael Grandage.

Incidentally,if you’re ever looking for a production of a Shakespeare play in the UK, The University of Birmingham’s Touchstone is a really great listing.

This year, forget the economic gloom and go along and see A Midsummer Night’s Dream. There’s really no excuse not to enjoy Shakespeare’s most joyful and entertaining play.