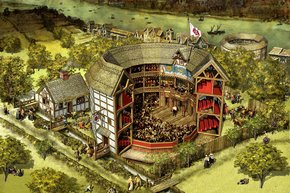 Cutaway impression of The Rose

The week of Shakespeare’s Birthday is a good time for a launch, and the Shakespearean London Theatres project ShaLT is doing just that. The project aims, to quote the website, to ” increase public awareness of these sites and to promote their enjoyment by producing, through a partnership between De Montfort University and the Victoria and Albert Museum, a map, a printed ShaLT Guide, interactive software, public talks, and downloadable short films that will enable the public to travel to the modern London locations of these theatres and learn about them. ” 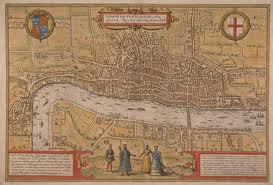 A contemporary map of Shakespeare’s London

Everyone knows about Shakespeare’s Globe, though not all are aware that it does not stand on the original site, but this project aims to bring to people’s attention the rich history of professional theatre in the capital which began in 1567 with the building of the Red Lion Theatre in Stepney up to the closure of the theatres in 1642. There are in all over twenty different locations for theatres in this period. You can already download a walking map from the website and there will in due course be a smartphone app to guide you.

The official launch of ShaLT is to take place, appropriately, on 23 April, with an introductory lecture by Professor Andrew Gurr on “Why was the Globe round?” Following this, there will be a series of lectures taking place on Sunday afternoons at the Victoria and Albert Museum in London covering a range of subjects as given below. Follow the link for more information.

Sunday 5 May
Ben Jonson, Bankside and the Blackfriars: A Biography of London Theatre Districts in the Seventeenth Century
Professor Julie Sanders (University of Nottingham)

Sunday 19 May
‘Stuck Up and Down About the City’: Playbills in Shakespeare’s London
Professor Tiffany Stern (Oxford University)

Sunday 14 July
‘When torchlight made an artificial noon’: Light and Darkness in the Early Modern Indoor Playhouse, Then and Now
Professor Martin White (Bristol University)

Any hope, I wonder, that the lectures might be made available to those of us who don’t live in the capital so can’t get to more than one or two? 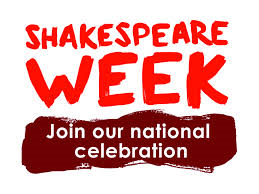 Also just launched is the Shakespeare Week project, coordinated by the Shakespeare Birthplace Trust with a host of partners. The first of these weeks, in March 2014, aims to help introduce schoolchildren to Shakespeare. It’s an exciting project that it’s hoped will grow, and a fitting celebration for the 450th anniversary of Shakespeare’s birth. There’s lots of information on the website.

This entry was posted in Legacy and tagged Shakespeare Week, Shakespeare's Birthday, ShaLT. Bookmark the permalink.