Planning for the future of Shakespeare’s town 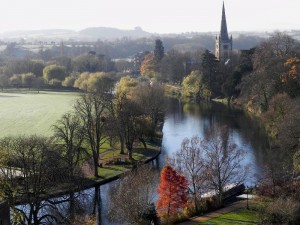 The future of Stratford-upon-Avon is under discussion as never before, with two separate schemes currently under consideration. Anyone who cares about the history of the town and its Shakespearian heritage now has an opportunity to make their feelings known.

Firstly, everyone is being encouraged to comment on the Stratford-upon-Avon Neighbourhood Plan. This plan has been facilitated by the Town Council, and created by 40 Stratford residents representing a large number of local associations and organisations. On Sunday 30 June the first consultation was held at the Town Hall, and there’s another chance on Monday 1 July from 1-8pm. Display boards give additional information about some of the specific ideas and lots of people are there to answer questions about the plan and what it will mean. At the Town Hall you can pick up a questionnaire, but if you’re not able to get there yourself you can check out the website and fill in the same questionnaire online. Non-residents can fill in the questionnaire but only locals will be able to vote on the finished plan, though I get the impression it will be open to all residents, not only those on the electoral roll. It’s also possible to sign up on the site to be kept informed of the date of the vote.  The final date for questionnaires to be completed is 22 July 2013. 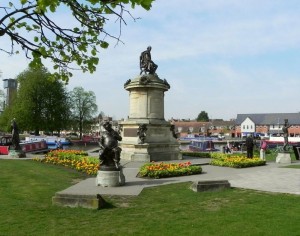 The survey covers a number of areas: Housing, Employment, Town centre, Heritage, Environment, sustainability and open spaces, Infrastructure and Leisure and wellbeing and community. Perhaps inevitably given my obvious interest in all things Shakespearian, I’d like to see more weight given to the Heritage section, and I’m disappointed to find Shakespeare’s name mentioned only once within the entire document. Stratford is unique. The document claims that Stratford-upon-Avon is probably the best known heritage market town in the country. I’d say it’s probably the most famous small town in the world, loved by many people for whom every visit is special and for some a once-in-a-lifetime event, all because of its connection with the most famous writer who ever lived.

Stratford can’t and shouldn’t be preserved in aspic but the building of new houses, schools and roads needs to fit with its historic and cultural setting. This is the first time people have actually been asked for their opinions so don’t waste the chance. 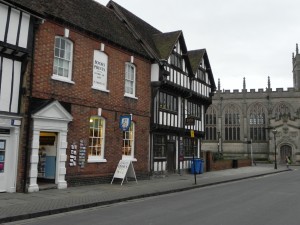 The second consultation currently taking place relates to the site of New Place, Shakespeare’s house. The site itself, Nash’s House next door, and the extensive gardens behind, are owned by the Shakespeare Birthplace Trust. It’s a beautiful place, but one which I think has never been as engaging as it could be bearing in mind that this is where Shakespeare lived and died, and where he may have written some of his late plays.  The Trust’s Head of Major Projects, Mark Armstrong, explains that they aim to “bring to life the story of this wonderful site with many layers of cultural heritage and Stratford-upon-Avon’s history”. Unlike the Neighbourhood Plan draft, which asks people to  choose which objectives to prioritise and to agree or disagree with a range of general options, the Trust’s plans are well advanced. In the garden they aim to retain much-loved elements like the Knot Garden and the Yew Walk, as well as the historic mulberry tree while adding contemporary planting. They also aim to enhance Nash’s House to include better facilities such as a lift to the first floor, a first-floor space from which the Knot Garden can be viewed, and a new exhibition centre which will tell the story of Shakespeare, the man, and his life in Stratford. 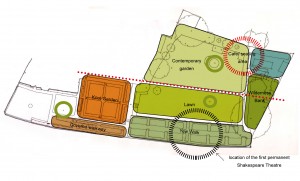 The Trust has already held one consultation day and is having another on Friday 12 July when members of the public are welcome to view and give their comments. Again, if you’re unable to visit in person there is a lot of information online, and feedback is welcomed.

These are important initiatives. They both give all of us who care about Shakespeare, wherever we come from, the chance to have a say in how the town in which he famously was born, lived, and died will celebrate him long into the future.