Dido, Queen of Carthage: Marlowe and Shakespeare’s visions of Troy 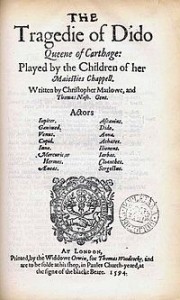 Dido, Queen of Carthage is one of Christopher Marlowe’s least-performed and least-read plays. It’s sometimes been suggested that this unpopularity has been caused by it being an early, perhaps undergraduate effort. Recently there has been a revival of interest in the play, at least partly explained by changing attitudes to homosexuality, and there have been several productions performed by adults. In London these include Shakespeare’s Globe in 2003, the Cottesloe Theatre in 2009, performances by Angels in the Architecture in 2006 and 2008 and in 2013 a production at the Rose. In the USA there have been productions in New York and Cambridge, Massachusetts.

But Dido was written specifically for a company of boys, to be performed for sophisticated audiences at indoor theatres. Edwards’ Boys’ recent production revives this tradition with a cast made up of schoolboys. The school setting is emphasised, the play beginning with the PE teacher’s whistle and boys in sports kit performing leapfrogs and handstands. Then the PE teacher, who turns out to be Jupiter, picks up and carries in his arms the small boy playing Ganymede. His speech begins:
Come, gentle Ganymede, and play with me;
I love thee well, say Juno what she will

I attended the first of two performances over the weekend, in King Edward’s School’s sports hall, along with many of the boys’ families and teachers, which may have made the experience particularly uneasy. This performance was in some ways a dress rehearsal for that on Saturday 21st September in the magnificent surroundings of the Banqueting Hall of Christ Church, Oxford. 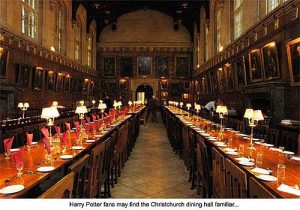 The inventive staging made full use of the massive space, with boys making entrances and exits all round the hall. In Oxford, quoting Kirwan’s review of the translation of William Gage’s Latin play Dido, performed the same evening, “Christ Church itself was a significant player…. Lamp and firelight provided the illumination, casting the portraits of royalty and alumni in shifting shadows. The high ceiling and eye-straining distance between high table and the enormous double doors…allowed for extraordinary acoustics” 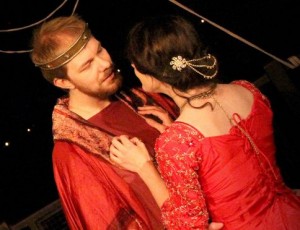 Aeneas and Dido, in the Rose production

In Stratford the audience were treated to an introduction to the play by academic Andy Kesson, who explained “the story of Troy haunts the play”. Dido’s story links with the fall of Troy: Aeneas, the son of Venus, is one of the Trojans who escapes from the city after it is destroyed. On his travels, which are to end with him founding the city of Rome, he stops at Dido’s city of Carthage. She falls in love with him, rejecting her suitor Iarbus. But he abandons her and in despair she commits suicide, as does Iarbus and Dido’s sister Anna who has been secretly in love with Iarbus all along. Love wrecks everything, but from the beginning the fate of Dido and the rest of the mortals is in the hands of the irresponsible, bickering gods.

It wasn’t just Marlowe’s play that was haunted by the legends of the Trojan War. Shakespeare and Marlowe both expected their audiences to know the story, with Marlowe quoting directly from Virgil’s Aeneid in this play. Most of Shakespeare’s allusions are more subtle. He refers to the conflict repeatedly, for instance in Titus Andronicus, and the character Dido herself prefigures Shakespeare’s Cleopatra. The idea that love is controlled by supernatural forces is strong in A Midsummer Night’s Dream, and Desdemona’s love for Othello is sparked by the stories of his adventures, just as Dido falls for Aeneas as he tells her about his experiences in Troy.

Then there’s Hamlet, where the Prince and the First Player share a speech. Hamlet begins it:
One speech in’t
I chiefly lov’d. ‘Twas Aeneas’ tale to Dido, and thereabout of it
especially where he speaks of Priam’s slaughter….
‘The rugged Pyrrhus, he whose sable arms,
Black as his purpose, did the night resemble
When he lay couched in the ominous horse,
Hath now this dread and black complexion smear’d
With heraldry more dismal. Head to foot
Now is be total gules, horridly trick’d
With blood of fathers, mothers, daughters, sons,
Bak’d and impasted with the parching streets,
That lend a tyrannous and a damned light
To their lord’s murder. Roasted in wrath and fire,
And thus o’ersized with coagulate gore,
With eyes like carbuncles, the hellish Pyrrhus
Old grandsire Priam seeks.’

In Marlowe’s play, Aeneas graphically describes Pyrrhus’s murder of Priam:
Then from the navel to the throat at once,
He ripped old Priam: at whose latter gasp
Jove’s marble statue ‘gan to bend the brow,
As loathing Pirrhus for this wicked act:
Yet he undaunted took his fathers flag,
And dipped it in the old Kings chill cold blood,
And then in triumph ran into the streets,
Through which he could not pass for slaughtered men:
So leaning on his sword he stood stone still,
Viewing the fire wherewith rich Ilion burnt.

But the play that kept coming to my mind was As You Like It. Not only does Rosalind adopt the name of Ganymede, but the shepherdess Phoebe refers to Marlowe, quoting a line from his poem Hero and Leander:
Dead Shepherd, now I find thy saw of might,
“Who ever loved that loved not at first sight”

Among other verbal parallels, Phoebe speaks to Silvius after meeting Rosalind (as Ganymede):
but for my part,
I love him not nor hate him not. And yet
I have more cause to hate him than to love him

an echo of Dido, speaking to Aeneas:
It may be thou shalt be my love:
Yet boast not of it, for I love thee not,
And yet I hate thee not.

How consciously, I wonder, was Shakespeare referring to Marlowe in his play? 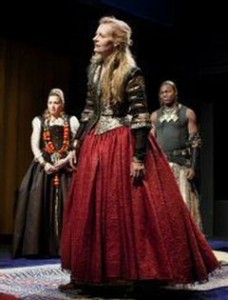 Anastasia Hille as Dido at the National Theatre

Marlowe’s bold, dramatic play stands in contrast to Shakespeare’s play about the Trojan War, Troilus and Cressida. Shakespeare isn’t interested in how the war started, or how it was to end. No gods influence it. With the romance of the adventure long evaporated, the conflict seems endless. The commanders of the Greek and Trojan sides display arrogance and weakness, their ineffectiveness leading to the exploitation of youth that sets the play’s tone of cynicism, disillusion and betrayal. While Dido, Queen of Carthage has become fashionable, it’s Shakespeare’s play that continues to show the “age and body of the time his form and pressure”.