Screening Shakespeare: to adapt or not to adapt? 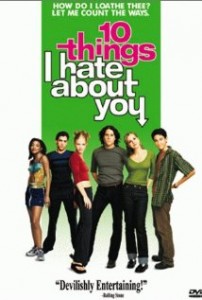 Last week, the Stratford Shakespeare Club’s monthly lecture was given by Daniel Rosenthal, the author of  Shakespeare on Screen and the BFI Screen Guide 100 Shakespeare Films. In her foreword to the latter book the director of Titus, Julie Taymor, claims that “Shakespeare is the most produced screenwriter in cinematic history”.  With so much to choose from Rosenthal concentrated on genre adaptations of Shakespeare rather than filmed versions of the plays themselves.

Why are these adaptations made? For many the essence of Shakespeare is in the language, so if you deliberately choose to alter the language is what remains still recognisably Shakespeare? Rosenthal explained that  successful genre adaptations have to find the right parallels in time and space, but also exactly the right linguistic medium. He showed extracts from a number of films to demonstrate: Joe Macbeth places Macbeth into the mould of a gangster movie. It fits beautifully: Macbeth, a member of the Mafia, kills to get to the top, and traitors are executed without question. The problem of the appearance of a trio of witches on a heath is solved by Macbeth receiving supernatural warnings from a Tarot card reader in a night club.

Rosenthal suggested that each genre adaptation begins with a “What if” question. So for the film All Night Long the question is “What if Othello is the leader of a jazz band, Desdemona the singer, Cassio the manager and Iago the drummer who wants his own band?” In the steamy drug-taking atmosphere the jealousies of the play quickly get out of hand.  And in Ten Things I Hate About You the question is “What if The Taming of the Shrew is set in a high school in Seattle in 1999?

One of the most successful Shakespeare films ever made was Baz Lurhmann’s Romeo + Juliet. This looks and feels like a genre adaptation, set in contemporary California, using many of the techniques used in music videos. Many of the people who saw the film were hardly aware that it used Shakespeare’s original text, even if heavily cut. 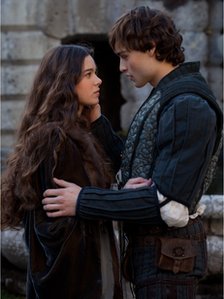 Juliet and Romeo from the 2013 film

A new film version of Romeo and Juliet has just been released, directed by Carlo Carlei, boasting sumptuous Italian locations and a “to-die for cast” including Hailee Steinfeld, Oscar nominated for her performance in True Grit and Douglas Booth, who played Pip in the BBC’s recent adaptation of Dickens’ Great Expectations. It also features Damien Lewis as Capulet. Lewis has a strong theatre background but will be better known to audiences for his role in the TV series Homeland. The screenplay written by Julian Fellowes, though, writer of the smash hit series Downton Abbey, has been heavily criticised. Rather than come up with a completely different language and setting as Rosenthal suggests, Fellowes has retained the best-known of Shakespeare’s speeches while rewriting others. His aim has been to make the play more approachable but writing pseudo-Shakespearean lines is rarely convincing, and the critics have given it the thumbs-down. The proof of the pudding though will be how successful it is in introducing Shakespeare to the young audiences for which it’s intended.

Earlier this year film director Joss Whedon scored an unlikely hit with his low-budget version of Much Ado About Nothing, filmed in his own house, over just a few weeks with a cast of people he’d worked with before. Rather than adapt it they let Shakespeare’s play speak for itself. Much Ado, Whedon shows, is a play that doesn’t need rewriting, and can easily speak to a modern audience.

Julie Taymor, in the introduction already quoted, explains why Shakespeare proves so perennially popular: “What is so alluring to a director is not only the quality of story but also the immense freedom in imagining the settings and the constant play between reality, fantasy and myth”. 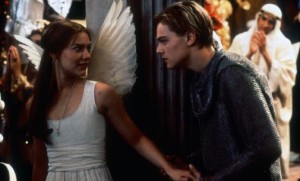 Juliet and Romeo from the Baz Lurhmann film

In Stratford-upon-Avon the second Shakespeare Film Festival is in full swing. It’s jointly presented by the Shakespeare Birthplace Trust and Stratford Picturehouse. If you’d like to get a dose of Shakespeare on film there is still plenty to see including a screening of Baz Luhrmann’s Romeo + Juliet on 20 October, Franco Zeffirelli’s raucous adaptation of The Taming of the Shrew starring Richard Burton and Elizabeth Taylor on 26 October, and one of Daniel Rosenthal’s favourite genre adaptations of any Shakespeare play, 10 Things I Hate About You, on 18 October. Most feature a pre-screening talk, and more information is available from the Stratford Picturehouse website.