Online courses for Shakespeare: here, there and everywhere 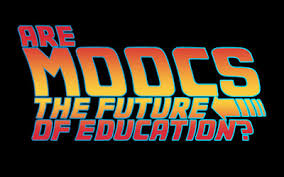 In the last year or two developments in online learning have thrown the world of education into turmoil. MOOCs (Massive Open Online Courses) have tremendous potential: in a radio programme a few months ago Coursera, the main US provider of MOOCs, stated its ambition “To provide higher education to everybody on the planet for free”, moving from classrooms of 50 to 50,000. The job of turning this ambition into reality is now exercising minds throughout the academic world. The Guardian’s recent article outlined the issues.

When I first heard about MOOCs I searched, predictably, for courses on Shakespeare. I was disappointed to find nothing on Coursera, and there still is nothing there. But in the mean time there have been other developments, and now through the UK provider FutureLearn, two courses on Shakespeare have been announced.  FutureLearn is led by the Open University and was created in December 2012 as the UK’s first provider of free, high quality MOOCs. “Its partners and course providers comprise more than 20 leading UK and international universities, and cultural institutions including the British Library, British Museum and British Council.”

And this is the link to the page about the Hamlet course itself, including a trailer. In case you’re wondering, anybody can join these courses, and they are free. So you have nothing to lose if you begin the course and find it isn’t for you. It starts on the 13 January, running for 6 weeks and claims to require just 5 hours of your time a week. There’s sure to be some great content and I’m hoping to follow it myself.

In the mean time if you would like to take a look at an introductory course on Shakespeare that’s already available, here’s a link to one provided by  another MOOC provider, Saylor.

And a couple of months ago Jeffrey Kahan wrote on the subject:
Is Shakespeare MOOC-ready?  One big-name school, Harvard, is offering a Shakespeare MOOC, albeit, at this point, for noncredit through its Extension.  Across the pond, the British Shakespeare Association embraces (or at least states only happy thoughts concerning) the concept, and many British universities… are offering or are about to offer MOOCs. 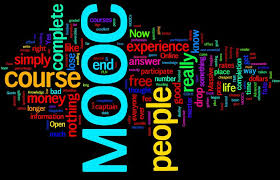 The link to the Harvard class is here. It appears to consist of a series of lectures from the esteemed Shakespeare academic Marjorie Garber designed to link with one of her recent publications, an opportunity not to be sniffed at.

And now, just announced by LibertasU, on Tuesday 19 November you will be able to “enjoy the experience of being in a live classroom from the comfort of your home or office” when Professor John Alvis will give a talk based on his upcoming LibertasU course: Shakespeare: the supreme dramatist – Julius Caesar, Hamlet, Henry V. It broadcasts at 8.30pm US Eastern Time, and if you want to take part follow this link:
Ours is not a typical on-line school where students log in, read a course outline, prepare and hand in assignments and have occasional discussions (usually via email) with other students and the lecturer. Nor is it a video conference with a group of talking heads. Rather, ours is a school where all of the students, along with the lecturer, are together in 3D virtual classroom. Imagine walking into a virtual space, sitting down with your fellow students and lecturers, and discussing, debating and exchanging ideas. This is the LibertasU experience.

Taking just 16 students, this appears to be looking through the other end of the telescope.

One of the most interesting aspects of the current situation is that every MOOC is at the moment a bit of an experiment, with different ways of delivering and assessing learning. If you’d like to know more about MOOCs and the ideas that people are coming up with here are a few additional links:

Here is a useful guide for UK students

Here’s an article from BDPA Detroit

And another from Illinois