Looking back over 2013, there’s been a noticeable increase in Libraries, Museums and Archives making their digital collections available online. Organisations have been digitising their collections for years, and no wonder, since this potentially increases access to collections while simultaneously protecting the originals from the detrimental effects of handling, light damage or security risks.

There have been difficulties along the way: to begin with there were no agreed standards for scanning or for detailed descriptive metadata, and individual organisations went their own ways. But now several portals are making it possible to search hundreds of collections in one go, and individual collections are allowing much more open access to their holdings. 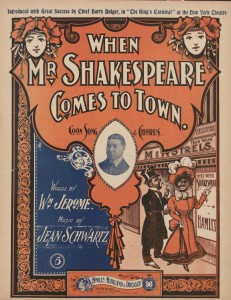 When Mr Shakespeare comes to town, song with piano accompaniment by William Jerome and Jean Schwartz. 1901. In the University of South Carolina Music Library . DPLA http://library.sc.edu/digital/collections/salleysheet.html

In April the Digital Public Library of America launched their discovery portal and open platform, with over 5 million digital objects to explore. As they describe it:
The portal delivers millions of materials found in American archives, libraries, museums, and cultural heritage institutions to students, teachers, scholars, and the public. Far more than a search engine, the portal provides innovative ways to search and scan through its united collection of distributed resources. Special features include a dynamic map, a timeline that allow users to visually browse by year or decade, and an app library.

In May the New York Times explained how The Rijkmuseum was making high quality digital images of its collections available to all to use how they wish. 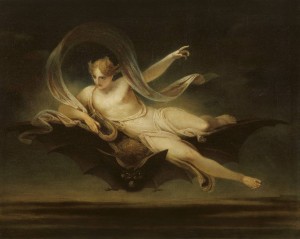 And in November Tate Britain reopened its doors after a two-year closure for a significant overhaul.  The Tate had already, in April, issued a comprehensive Digital Strategy document for 2013-2015 stating its belief that “Through the development of a holistic digital proposition there is an opportunity to use the digital to deliver Tate’s mission to promote public understanding and enjoyment of British, modern and contemporary art. To achieve this, digital will need to become a dimension of everything that Tate does“. The four key areas are the digitisation of collections, online research publications, digital experiences in galleries, and the creation of digital editorial content. And they note that they expect to use more permissive content licenses to encourage the repurposing of their images. 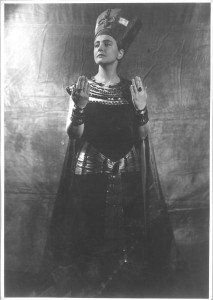 Then on 25 November 2013 Europeana – Europe’s digital library, archive and museum, celebrated both its fifth birthday and 30 millionth object, two years early. A Guardian report stated: “Europeana brings together the online collections of 2,300 galleries, libraries, museums and archives from across Europe…This means that anyone anywhere from members of the public to those working in the creative industries can explore Europe’s cultural heritage and build their own services, apps or games with it.”

Interestingly “Europe now leads the world in accessible digital culture as a result of Europeana’s work in bringing together and standardising cultural data and making that data available for re-use.”

And finally in December the British Library announced that they had placed on Flickr one million images from their collections. These are the result of the scanning of 650,000 of their 13 million volumes. The images are arranged and described according to the book in which they appear and date from the seventeenth to the nineteenth centuries, meaning that copyright is not an issue. But the British Library is allowing users complete freedom to do what they like with the images. In their announcement they stated: “We are looking for new, inventive ways to navigate, find and display these ‘unseen illustrations”‘ 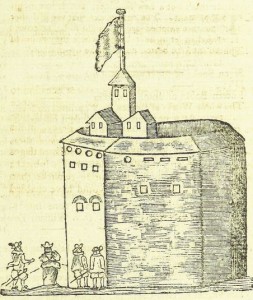 An early theatre. In Edmond Malone’s An attempt to ascertain the order in which the plays attributed to Shakespeare were written, 1785. British Library Identifier 002357637

James Baker from the BL summed it up on 11 December ” And although we’d like folks to tell us how they use that stuff, they won’t have to: legally, morally and institutionally we will have waived any right to demand such information”

This generosity has been a shrewd move, resulting in the Library getting some extremely positive publicity. Within its first three days the site received 6 million hits.

The images are very varied, but it’s fair to say that on the whole they aren’t on a par with the paintings which are on show in galleries like the Tate. The debate about the wisdom of putting more than a very small digital image online has been going on for years. Would people buy an image or come to the gallery to see the original when they could look at it online? Fewer visitors and fewer purchasers would mean less income for the gallery. But  now everything is instantly available, if your images aren’t there, for many people they might as well not exist. And if the gallery isn’t supplying a reasonable quality image the chances are that somebody else will.

The illustrations in many of the books are not listed or attributed so the Library will be looking for help in providing information  ….We may know which book, volume and page an image was drawn from, but we know nothing about a given image… The title of the work may suggest the thematic subject matter of any illustrations in the book, but it doesn’t suggest how colourful and arresting these images are.

In 2014 the BL plans to launch a crowdsourcing application through which the public will be able to help describe in more detail what the images portray.

This is a real good news story, particularly if you’re interested in a limited subject area. I’m always looking for Shakespeare images, and almost every collection contains some images related to Shakespeare whether they’re production photographs, portraits of him, portraits of actors, costume designs, posters, programmes or topographical views. If you’re interested in the idea of using portals to connect up collections, Dan Cohen, executive Director of the Digital Public Library of America has written a great piece on the subject.

The images on this page are as follows:

When Mr Shakespeare comes to town, song with piano accompaniment by William Jerome and Jean Schwartz. 1901. In the University of South Carolina Music Library . DPLA   http://library.sc.edu/digital/collections/salleysheet.html

An early theatre. In Edmond Malone’s An attempt to ascertain the order in which the plays attributed to Shakespeare were written, 1785. British Library Identifier 002357637