Opening up resources for social media 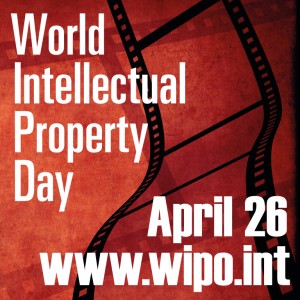 Saturday 26 April, as well as the official celebration of Shakespeare’s Birthday, was World Intellectual Property Day. Shakespeare’s words have never in themselves been protected by any copyright law, but that doesn’t mean that he’s unaffected. Editions of the plays, photographs of performances, films, music, paintings, sound recordings, all are or have been protected to a degree.

Libraries caring for film and stills are traditionally very protective of material they hold, and the internet has generated new problems. But in the last few weeks there’s been good news: two great collections that administer intellectual property rights on their material have released massive amounts of it online for non-commercial use. They’ve done it in different ways, and for slightly different reasons, but it demonstrates how strong is the impulse for materials to now be opened up.

One result of the change is likely to be that enthusiasts are likely to help to enhance records, making it easier to find material.  John Wyver, who runs the Illuminations blog and is a specialist in early television and the arts explains how this has already happened.

The first resource is the commercial Getty picture library of 35 million images. Not all are available royalty free, but the selection is still fantastic. Getty’s motivation is not simply altruism: it “made the move after realising thousand of its images were being used without attribution”.  “Our content was everywhere already” said Craig Peters of Getty.

The photos can now be embedded in a way that links back to Getty’s site, making the images conveniently available while allowing Getty to continue to licence them commercially. Here too is a link to the BJPs guide to using the embed feature.

This example shows an unusual photograph of Orson Welles blacking up for his Othello.

The BBC article suggests that “In essence, it is admitting defeat. By offering the ability to embed photos, Getty is saying it cannot effectively police the use of its images in every nook and cranny of the internet”. To me, that’s not admitting defeat, but embracing an opportunity. Contributors to social media will increase the use of images and take them to new audiences. Not everyone is happy though. Photographers who post their work on the Getty site are concerned that their incomes will drop. I’m sure I’m not the only blogger who doesn’t use pictures I would have to pay for. Because there is so much choice (getting bigger all the time) I don’t need to. Many images on the internet are, though, uncredited which helps nobody and the new tool should improve this.

Time will tell, but it could be a canny move: the free pictures may encourage use of the site making it more of a destination in itself which may encourage more professionals to place their material with them.

The second great piece of news is that the entire British Pathe archive is now available on YouTube. This consists of 3,500 hours of high-quality filmed history from 1895-1969  originally shown as cinema newsreels. The films were digitised in 2002, partially funded by the UK National Lottery. I remember my excitement at finding a number of Shakespeare-related items on their site, and trying to view them via a slow dial-up link. Download times have certainly changed, but what will really make the difference is that they are now findable through YouTube, many people’s first port of call when searching for information. Pathe say that their aim is to make the archive more accessible to viewers all over the world but like the Getty material I expect they realise improving visibility will increase their chances of films being licensed for commercial use. Here is British Pathe’s explanation.

This is the film clip that I remember downloading painfully slowly, and watching in low resolution. It shows the so-called American Book, which was taken around the USA in 1928 to help raise funds for the rebuilding of the Shakespeare Memorial Theatre. I was intrigued because I recognised the massive book from the RSC collections stored in the basement strong rooms at the Shakespeare Centre.

Free resources are terrific for users, but not necessarily for he organisations that have to digitise, document, load and maintain them as well as caring for the originals. But it’s refreshing that attitudes are changing in favour of opening access. and it’s certainly good for the image of the organisations seen to be giving away valuable resources for free.