Shakespeare and the brain: Conducting Shakespeare 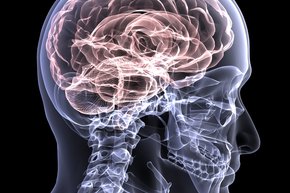 An unusual experiment is to be carried out at London’s Victoria and Albert Museum on 2 May as part of the museum’s celebrations for Shakespeare’s 450th birthday. Called Conducting Shakespeare, It’s designed to find out how watching a performance of emotional scenes from Shakespeare can affect our brains.

Dr Alexis Kirke explains the thinking behind it:
“When watching people like David Tennant, Sir Patrick Stewart and Dame Judi Dench playing the classic Shakespeare roles, I am always struck by how utterly engaged you become in the experience. Your whole mind and body are in thrall to almost every word, and it is hard to put into words precisely what you are feeling. Biology can perhaps allow us to view that dramatic experience, and contribute to it, in a way that words cannot.”

The performance experiment – expected to last around 30 minutes – has been developed by Dr Kirke and Dr Peter Hinds, from Plymouth University, in collaboration with the Guildhall School of Music and Drama. The audience of around 100, including four hooked-up volunteers, will watch scenes from plays including Romeo and Juliet, Macbeth, Hamlet and Titus Andronicus being acted out by two recent graduates of the Guildhall School of Music and Drama, Melanie Heslop and James Mack.

Using a mathematical model, the “Valence-Arousal” model, Dr Kirke will then record the levels of physical and emotional response from the audience and direct the actors as to which scene should immediately follow it. The audience will be pitched from comedy to conflict, and from romance to tragedy.

Here’s a little more detail:
Four volunteers will be hooked up to bio-sensors monitoring brainwaves, heart-rate, perspiration and muscle tension. As the actors perform a scene onstage, the sensors will show the emotional response of the audience watching it – and in response to this, the ‘conductor’ of the piece will choose which scene should follow it. The performance will ‘remix’ Shakespeare across multiple plays, using technology to control the emotional arc of the performance.

At the time of writing, places were still available and you could even volunteer to be one of the four guinea pigs, so you could take part in this unique event. It will take place at 7pm, follow the link for more information.

I’ve never heard of anything quite like this before, though I know research has been done on the effect of listening to music on our brains. The power of the spoken word, as opposed to pure sound, may have quite different effects. It’s perhaps not a coincidence that Dr Kirke is from the University’s Interdisciplinary Centre for Computer Music Research, and here’s another quote:
Shakespeare always attempted to be in control of his audience’s emotions, manipulating both their mental and physical responses to his works. In essence, this is a natural extension of that but turns the tables somewhat in that the audience – consciously or subconsciously – will be the ones influencing the performance. His writing has a depth and profundity which stirs a range of feelings, but it will be fascinating to see how they can be used to create a new version of his works.

I look forward to hearing about the results of this unusual performance.