It’s  the bank holiday weekend, what used to be festival of Whitsun,  traditionally marked by fairs and pageants, what Shakespeare calls “Whitsun pastorals”. The first holiday of summer, all the celebrations are going to be out of doors.

Morris dancing and the like still form part of traditional activities, but this weekend there are plenty of modern ways of celebrating the start of summer. Over the last few years Stratford has become quite a centre for cycling, and today, 25 May the Stratford Cycling Festival takes place today in aid of the Stratford-based charity Cyclists Fighting Cancer. This helps children with cancer to take exercise, shown to be beneficial in many ways. Around 800 cyclists will be taking on a variety of cycling challenges, the longest being a 150-mile circular route.*

In case you’ve missed this one, and would like to have a go at something similar, in August the Shakespeare Hospice in Stratford is organising the Great Shakespeare Ride. 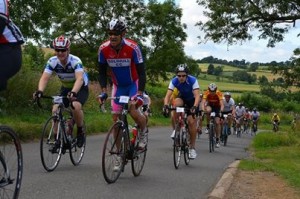 Why so many links between Shakespeare and cycling? In spite of the “evidence” offered in this blog post of lines like “…thou and I have thirty miles to ride yet ere dinner time” from Henry IV Part 1, and “ I’ll provide you a chain; and I’ll do what I can to get you a pair of horns” from The Merry Wives of Windsor, it’s not an activity he could possibly have taken part in. But cycling, like walking, offers a speed of travel, and a closeness to the environment reminiscent of the sort of travelling experience he might have known on horseback or in a carriage.

We know that Shakespeare journeyed many times from Stratford-on-Avon to London, and back. I’ve written before about Shakespeare’s Way, the walk that follows, as closely as possible, the route Shakespeare probably took, ending up at Shakespeare’s Globe on Bankside.

But now a more leisurely cycling equivalent has been devised, going the other way, so you leave the stresses of the city behind you. You even begin with a boat trip upstream to Hampton Court to avoid cycling the city’s streets. Here’s a review from the Telegraph and a description of the holiday:

In celebration of the 450th anniversary of Shakespeare’s birth, The Carter Company have created a ‘Shakespeare’s Way’ tour, so you can pedal the route from the Globe Theatre in London, where most of his plays were first performed to public acclaim, to his home in Stratford-upon-Avon where his wife Anne Hathaway and children lived. Discover along the way the places and people featuring in Shakespeare’s life and works. Begin in the heart of London and follow the River Thames into The Chilterns, travel through the beautiful countryside of the Cotswolds and finish up in Stratford-upon-Avon, taking in some of England ‘s finest attractions and cities en route – Hampton Court, Windsor, Oxford and Blenheim Palace.

The tour can be done over 10 nights (the gentle option with no more than 20  miles/day) or over 7 nights (for the more ambitious cyclist). Hand-picked boutique hotels, luggage transfer and bike hire all included. 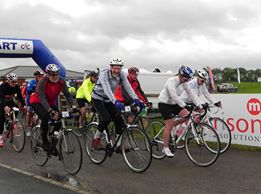 This entry was posted in Legacy, Stratford-upon-Avon and tagged cycling, Whitsun. Bookmark the permalink.