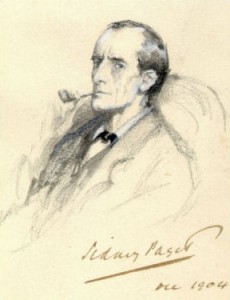 Sherlock Holmes is one of the most famous characters in literature. So compelling has Arthur Conan Doyle’s brilliant detective proved to be since the stories were written over a century ago that he has been brought to life in scores of films, TV series and radio plays. And the character himself has inspired novelists and playwrights to write new stories. So powerful a hold does this fictional character have that a museum dedicated to him, furnished as if he had really lived there, is situated in Baker Street, London.

Nobody has opened a Hamlet museum, but if there was to be a Shakespeare character to have his own museum this would probably be it. 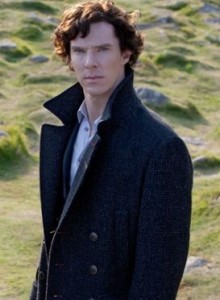 A few weeks ago it was announced that Benedict Cumberbatch, Sherlock in the TV dramas loosely based on the Conan Doyle stories, is to play Hamlet on the London stage in 2015. Then it was announced that Cumberbatch is also to play Richard III in the second crop of filmed versions of Shakespeare’s History plays from Henry VI to Richard III, informally called The Hollow Crown 2. Will he be as successful in either of these as he has been as Sherlock? If so, in which will he be better?

Cumberbatch is a fine actor with a strong background in theatre, even if not particularly in Shakespeare. And he’s just the latest actor who has played Sherlock Holmes also to have played Shakespeare’s most famous characters. In the Wikipedia article listing all the actors there are a surprising number who have played Hamlet and/or Richard III. Players of both include Christopher Plummer, John Barrymore and Ian Richardson. Distinguished players of Hamlet and Sherlock include Jonathan Pryce, John Gielgud, Michael Pennington and Peter O’Toole. 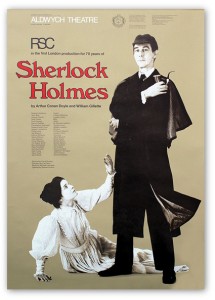 When Doyle himself wrote a play featuring Holmes he first approached two leading Shakespearian actors, Beerbohm Tree and Henry Irving (who both turned it down) before allowing American actor William Gillette to adapt the play. Gillette was already an established actor and playwright and when he performed as Sherlock he adopted the deerstalker hat and curved pipe which became Holmes’s trademark props. In 1974 distinguished Shakespearean actor John Wood played Holmes in the RSC’s production of Doyle and Gillette’s play. His student performance of Richard III had attracted critical attention, leading to his early stage success. As Holmes, one critic wrote “cool, authoritative, sardonic,” “he seemed made for the role”.

So did Conan Doyle have Shakespeare in mind when he wrote the character of Holmes? According to Ted Friedman, “Sherlock Holmes is familiar with the writings of William Shakespeare … Holmes quoted Shakespeare from 14 of his plays in various cases”. The most famous Shakespeare quote spoken by Holmes, though, is the brief sentence “The game is afoot” which comes in The Adventure of the Abbey Grange, and is from Henry V. It hardly indicates that Shakespeare provided a lot of obvious inspiration for Conan Doyle. Robert Fleissner, though, wrote a serious study that finds many connections between Doyle and Shakespeare in 2003 with Shakespearean and Other Literary investigations with the Master Sleuth (and Conan Doyle) Homing in on Holmes 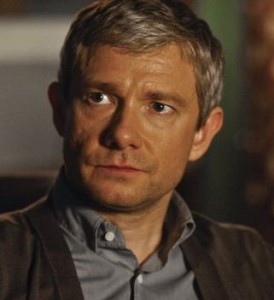 And no I haven’t forgotten that Martin Freeman, John Watson to Cumberbatch’s Sherlock, is to play Richard III on stage at Trafalgar Studios London this summer. Richard III and Dr Watson? An unlikely duo, but one that will give Martin Freeman an opportunity to show that he is a more versatile actor than his film and TV roles have suggested.