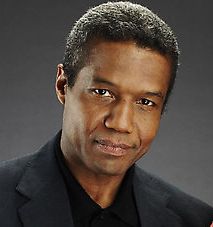 In 2015 Hugh Quarshie will at last be taking on the role of Othello. It’s been a long wait: having played a whole series of Shakespeare’s characters in the 1980s and 1990s, from the predictable Aaron in Titus Andronicus, through Hotspur, Tybalt, Banquo and Mark Antony, it looked as if Othello would inevitably be next.

But then, around 1998, Quarshie very publicly seemed to put himself out of the running. First given as a lecture, he published Second Thoughts about Othello. This included the often-quoted lines:” I am left with a nagging doubt: if a black actor plays Othello does he not risk making racial stereotypes seem legitimate and even true. When a black actor plays a role written for a white actor in black make-up and for a predominantly white audience, does he not encourage the white way, or rather the wrong way, of looking at black men, namely that black men, or “Moors”, are over-emotional, excitable and unstable… Of all the parts in the canon, perhaps Othello is the one which should most definitely not be played by a black actor”.

So has he, fifteen years and many episodes of hospital drama Holby City later,  had a change of heart?

Reading Quarshie’s lecture recently, it’s clear that these quotations have been taken out of context. While he raises the question about black men playing Othello, he certainly doesn’t dismiss the idea. His argument is in three parts: firstly that Shakespeare adapted his source for the play, a story by Cinthio, in order to make it more racist, secondly that interpretations of the play in performance have reinforced racist views; and, “thirdly, that, while it may never be possible to avoid the conclusion that Othello behaves as he does because he is black, a non-racist interpretation may nevertheless be possible, but only with careful editing of text and a radical re-reading of key passages”.

He considers a number of possibilities: “Perhaps black actors could simply decline to play the role on the grounds that it should only be played by a white actor… This would of course have the merit of allowing black actors to play Iago.”

But he continues “My feeling is that black actors should continue to play the role; the racist conventions have persisted for so long precisely because not enough of us have played the role and challenged the conventions. And I believe that a non-racist interpretation may be possible”. He was involved in a production at Greenwich Theatre with a light-skinned black Iago and black American Othello. This lessened the idea that Othello behaves as he does because he’s black. “My interest in that production was in Iago as…a man… not regulated by moral codes, cultural tradition or racial solidarity, but impelled by his imagination and intellectual curiosity. Another time perhaps”.

His ideal is to “produce a version of the play which shifts the focus away from race and onto character”. Othello should be driven by “compelling psychological, social and political reasons:… he behaves as he does because he is a black man responding to racism, not giving a pretext for it”. The production would need to avoid being a domestic tragedy and stress the political context. “The focus of this production would be the manner and the extent of Othello’s reaction to betrayal”.

Other black writers and actors have been excited about presenting a different kind of Othello. In 2004 playwright Kwame Kwei Armah wanted to see “a version of Othello in which the character is not inextricably linked to the notion of a unacceptably weak and intellectually vulnerable black male. I would like to see a production in which, for instance, Cassio is a black man of “high complexion”…. Not only would we see a light-skinned black male being promoted over Iago, but Othello’s insecurity would be based on a perception that Desdemona may really have an appetite only for black men. …This might…make the story, like Lear, about a frightened insecure man. Not a weak black man.” 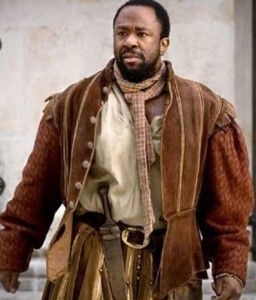 Othello would no longer be the sole example of black behaviour. As Quarshie suggested, the RSC’s production will for the first time include a black Iago, Lucian Msamati. After holding a workshop to try out the idea of additional black actors, the company’s artistic director, Gregory Doran found ” with Lucian, every line became freshly minted and it challenged the whole play in a way I found completely revelatory. It may be a completely crazy idea but I think it’s worth pursuing because in the end…you just watch two really, really good actors doing it”.

In his essay The Sun God, published in the 2014 book Shakespeare and Me, eminent American actor James Earl Jones refers to Quarshie’s lecture: “what I would suggest, rather cheekily, is that the best thing he can do, after he has scared away all the other black actors who are crazy enough to listen to his theories about race in Shakespeare, is to pull up his socks and take on Othello himself”. Some decades ago James Earl Jones played Othello with great distinction, and here he is doing Othello’s first great speech at the White House in 2009.

We’ll have to wait until next June to see Quarshie and the team decide to play it, but here is part of the description of the play in the new RSC schedule leaflet. “He [Othello] is … an outsider whose victories have created enemies of his own, men driven by prejudice and jealousy to destroy him. As they plot in the shadows, Othello realises too late that the greatest danger lies not in the hatred of others, but his own fragile and destructive pride”.