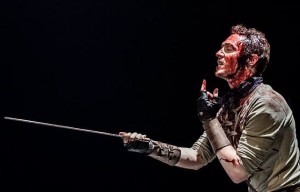 Four hundred years on, Shakespeare has lost none of his appeal for actors and directors, with Tom Hiddleston recently winning the Evening Standard Best Actor award for his charismatic portrayal of Coriolanus at the Donmar Warehouse in London. Only 33, this was his third nomination, and second award, for acting in a Shakespeare role onstage, despite much other more modern work. He’s already a very good actor, and in time may achieve greatness.

Back in 2013 Nicholas Hytner wrote a perceptive piece for the Guardian about what makes Shakespeare so eminently actable. It was entitled With Shakespeare, the play is just a starting point, and went on to talk about how the plays ” are instructions for performance, like musical scores, and they need players to become music.” As an actor himself, working with professionals, at least some of whom were better actors than he was, Shakespeare knew he could rely on their imagination, creativity, and skill.

Writing about directing Othello, Hytner comments ” The desire of literary critics over four centuries to solve Iago as if he were a puzzle seems to me to be missing the point. The solution is the actor. The playwright writes from the premise that the dots can’t be joined on the page, and writes with the confidence of an actor who knows that, if they are any good, his colleagues will do the rest of the job for him.” And again, writing about Iago’s lack of proper motivation, “What Shakespeare has done, of course, is to pay his fellow actor the compliment of trusting him to complete Iago for himself.”

It’s a compliment that isn’t always forthcoming. With the playwright (and nowadays the director) in charge, actors may not be treated as creative artists themselves. Writers have often underestimated actors: in Robert Greene’s 1592 Groatsworth of Wit, which has a go at Shakespeare as a mere actor, he described actors as “puppets…that spake from our mouths”. 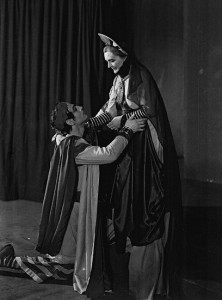 Laurence Olivier as Coriolanus and Sybil Thorndike as Volumnia, Old Vic 1938. Photo from the Collections of the V&A

As Hytner suggests, Shakespeare’s roles are great for actors because they allow them the freedom to express themselves. I recently heard the eminent Shakespeare academic Professor Stanley Wells giving a lecture based on a forthcoming book, entitled “What makes a great Shakespearean actor?”  Inevitably, he attempted to define “great”. He is well-qualified to judge, having been one of the first academics to write seriously about acting Shakespeare and having memories of performances going back to the 1950s, some of which are still vivid.

He went through the sort of attributes great actors have: the ability to convey feelings using body language, to communicate with the audience by using their eyes, to know how to listen and react to other actors, to have great timing. He used the example of Laurence Olivier’s Coriolanus, who at times used his voice and dynamic movement to dominate the stage, but when it came to the great scene with his mother, was able to draw all eyes to him by remaining silent and still. The analysis of desirable skills reminded me of Olivia’s list of her features: “I will give out divers schedules of my beauty. It shall be inventoried, and every particle and utensil labelled to my will. As, item: two lips, indifferent red; item: two grey eyes, with lids to them; item,: one neck, one chin, and so forth”.

Definable techniques are not what turn excellent acting into great acting any more than possessing normal facial features guarantees beauty. Professor Wells commented that actors are indeed creative artists with an “imaginative identification” with the role being played. Perhaps Hytner’s image of an actor filling in the gaps in the text is equivalent to Wells’s idea of an actor identifying with the part. 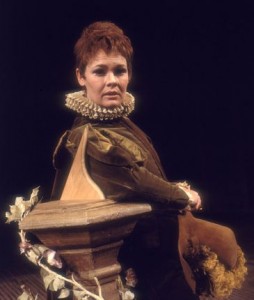 I’m both a keen reader of Shakespeare and a lover of his plays on stage, and for me what makes a great performance is one that makes me feel that I’ve experienced the play, or maybe just a couple of lines, for the first time. It’s a big ask, to make some of the most familiar words in the language sound fresh, but it can be done. Professor Wells talked about the inflexion that Judi Dench, playing Viola, gave the word “brothers” in the line “I am all the daughters of my father’s house, and all the brothers too”, a tiny but telling detail. There’s a lovely example of this, too, in Nicholas Hytner’s article, where he writes about the actor David Calder rehearsing the role of Polonius.

At the Shakespeare Club’s Presidential evening in November Jeremy Irons talked about his own approach to acting Shakespeare. Instinctive rather than intellectual, he tries not to get in the way of the text. He likened the actor to a trumpet: the writer blows in at one end and the actor lets the air come out in the character at the other.

On a related subject, I’ve enjoyed reading Ralph Myers’ lecture on the arts in Australia, Let’s keep the dreamers in charge of the arts, published in the Guardian online. It’s a passionate plea for the promotion of highly creative people in arts organisations, because “People want to come and see the most exciting, the most thrilling, the most moving, the most daring performance they can find.” Some of them are likely to be Shakespeare’s plays, performed by actors of imagination and outstanding creative ability.