Holding the mirror up to nature: acting for a living 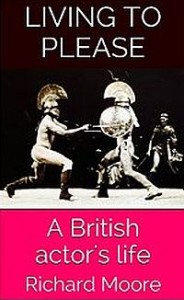 Shakespeare knew a thing or two about acting: he observed the struggles of the inexperienced as well as writing guidelines for professionals. In real life the amateur prince Hamlet’s advice might have been unwanted, but as author, actor and theatre shareholder Shakespeare was able to lay down exactly what he wanted from his performers:
Suit the action to the word, the word to the action; with this special observance, that you o’erstep not the modesty of nature: for anything so overdone is from the purpose of playing, whose end, both at the first and now, was and is, to hold, as ’twere, the mirror up to nature; to show Virtue her own feature, scorn her own image, and the very age and body of the time his form and pressure.

We don’t get much sense from Hamlet of what it was like to be one of that touring company, and more recently it’s mostly leading actors, like John Gielgud and Kenneth Branagh, who have got their autobiographies into print. But for every actor who plays Hamlet with a major company there will be hundreds who play smaller parts, understudying the leads. We don’t often hear what the career of acting is like from one of them.

Towards the end of 2014 actor Richard Moore published part 1 of his memoirs, Living to Please: a British actor’s life, as an ebook*. He’s an actor whose face is better known than his name, having appeared many times on TV as well as on stage. During his considerable career he has accumulated many stories and insights, which he tells with a lovely turn of phrase. 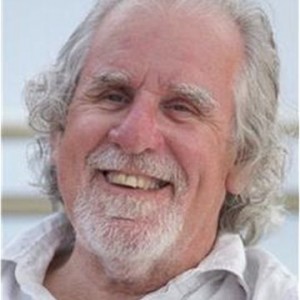 One of his first jobs at the Royal Shakespeare Company was, in the 1966 season, to understudy the sensationally-successful David Warner as Hamlet in its revival in Stratford (no pressure then). On that occasion he never had to take the lead, but this wasn’t always the case and he describes the experience: “Going on as an understudy sometimes feels like flying a small plane through a violent storm with every warning light in the cock pit flashing at the same time”.

He was given a three-year contract with the RSC and made an Associate Actor during the late sixties, giving him security in a profession full of uncertainty, but he remained helpless when it came to the casting process. A few years later he was given the job of taking over the part of Mr Ford in The Merry Wives of Windsor from Ian Richardson:
“When an actor takes over an acclaimed performance in a long-running production, his/her choices are limited. It’s impossible within the framework of the production to strike out on an entirely different performance. Therefore, one tries to respect the original concept and accommodate actors who’ve been in the production for a long time…whilst at the same time trying to develop your own performance”.

During several spells with the RSC Richard Moore had the opportunity to go on both UK and foreign tours, from the early days of visiting schools with Theatregoround to the excitement of touring Russia with a large-scale production of Macbeth starring Paul Scofield, already adored by Russian audiences.

The book contains insights into decision-making at the RSC, where pragmatism could be more important than purely artistic concerns: despite its success, the RSC decided against taking Troilus and Cressida to the USA because its setting, the endless Trojan War, would be uncomfortable when many US servicemen were dying in Vietnam.

Richard Moore has worked with and admired many of the great Shakespeare actors of the second half of the twentieth century: Ian Holm, Paul Scofield, Eric Porter, Ian Richardson, and his book contains descriptions of some of their working methods, observed from the rehearsal room and the stage itself. In such an overcrowded profession there is still much solidarity between actors, and the book chronicles the vulnerability and insecurity that can torment even the most successful. 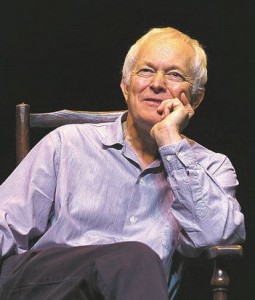 This theme of insecurity is also explored in another actor’s memoir which is to be published on 15 January, Let me play the Lion Too. How to be an actor, by Michael Pennington. The two men are almost contemporaries, Pennington also spending long periods with the RSC, though there was little overlap. In a radio interview on 8 January, he describes how actors are sustained by the fellowship of being “a tribe”. Pennington did get to play Hamlet with a major company, and later went on to run the English Shakespeare Company with director Michael Bogdanov. Reinforcing Moore’s comments, Pennington claims to have suffered from insecurity as well as feeling compromised as an actor by having to see issues from both sides. Here is the Independent’s preview.

Richard Moore’s memoir is a great read, conjuring up the world on the other side of the curtain without being salacious or gossipy. Even without seeing any of the performances he describes (roll on Volume 2), I’ve found it offers a fascinating insight into some of our best-loved companies.  Costing, as he points out, less than a pint, it’s a snip.

*If you don’t have a Kindle, you can now download ebooks using Kindle Cloud Reader as long as you have an Amazon account.