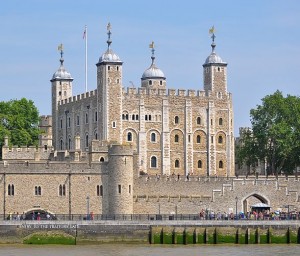 With the ending of the RSC’s London season of the two Henry IV plays, performances of Shakespeare’s plays in the capital are currently a little few and far between. Shakespeare’s Globe is taking its winter break, and the new Sam Wanamaker Theatre isn’t (yet) performing any Shakespeare.

Time Out’s listings include the West End version of the film Shakespeare in Love, a production of The Merchant of Venice and a production of Othello. All the links are on their site. Later in the year the capital will see Shakespeare’s Globe’s Justice and Mercy season, beginning with The Merchant of Venice starring Jonathan Pryce, a production of Hamlet directed by renowned Japanese director Kurosawa, the much-anticipated Hamlet starring Benedict Cumberbatch and Cheek by Jowl’s Russian Measure for Measure. The National Theatre’s season has just been announced under its new Artistic Director Rufus Norris with no Shakespeare on the timetable for the summer though a production of As You Like It is promised for the autumn.

If you’re wanting some Shakespeare on stage now, there’s at least one option that Time Out isn’t listing. Over the last few years a number of small companies playing Shakespeare have emerged, and I’ve been told about a collaboration between four of them. Shakespeare Shuffle will be a production of Macbeth at the Greenwich Theatre on 30 and 31 January. The participants are the Handlebards, Smooth Faced Gentlemen, The Merely Players and Permanently Bard. The companies have been performing Shakespeare successfully in their own style, and on this occasion each one will take an act of Macbeth before coming together as a shuffled ensemble for the fifth act. It’s the first time they’ve worked together, but they are planning more collaborations over the next couple of years. They’re all inventive and energetic companies and it definitely sounds like one to catch! 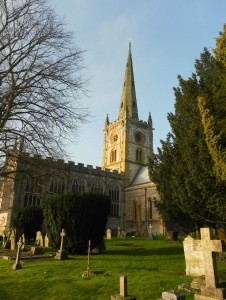 Time Out suggests that London is “the Bard’s spiritual home”, so what else might the keen Shakespeare fan do for the next couple of months? As a Stratfordian I’d suggest that Londoners will always get nearer to Shakespeare’s spiritual heart in Stratford-upon-Avon, so they could always visit his own town to take in a Shakespeare play or two (strong productions of Love’s Labour’s Lost and Much Ado About Nothing are playing until the beginning of March). Then are loads of places in Stratford and the surrounding villages where you can get a real feel for what life was like in Shakespeare’s England. The Shakespeare Houses, The Guild Chapel, King Edward’s School and the almshouses, Holy Trinity Church containing his monument and grave, to name just a few. It’s a town best appreciated on foot and there are excellent walking tours around the town.

Most of the London Shakespeare knew is long gone, destroyed by the Great Fire in 1666, by the Blitz in the second world war, and by subsequent massive building developments. Recently archaeological digs have rediscovered remains of some of the early theatres dating back to the 1590s. These are astonishing survivals given that they were not exactly well-built in the first place. That amazing medieval fortress, the Tower of London, is the most obvious London building that Shakespeare knew still to be seen today. The Tower is a threatening presence in a number of plays, particularly Richard III. Here Clarence is murdered, Lord Hastings executed and the little princes Edward and Richard meet their end. “I do not like the Tower of any place” says Edward, and his brother worries that “I shall not sleep in quiet at the Tower”.

It is still possible to rediscover other bits of Shakespeare’s London. As in Stratford, it’s best found on foot. The London Cultureseekers Group are holding two “Shakespeare and his London” Guided Walks on the afternoons of 14th and 15th February, lasting 2 hrs 15 minutes. You’ll have to click on “More meetups” to get the details. If you’re interested in exploring London’s history & culture with other like minded people, then this is the group for you!We meetup 2-3 times a week to explore museums, art …

Check out this Meetup Group →

2 Responses to Shakespeare in London