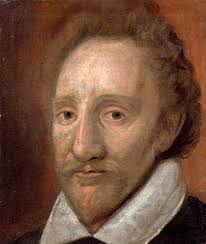 Last week Professor Tiffany Stern spoke at Stratford-upon-Avon’s Shakespeare Club on the subject of tragic performances on Shakespeare’s stage. She was struck by the way that writers tended to describe tragedies differently from other dramatic genres.

Her thoughts on tragic speaking were particularly interesting. We know about the theatre being hung with black curtains, and have some idea what actors wore, but how can we know if they adopted a particular tone when speaking in a tragic role? Sound recordings has been around for a relatively short time and the human voice is the most elusive element of performance. The great actor Henry Irving was one of the first actors to be recorded in 1888 with the opening lines of Richard III.

She illustrated the point about the lack of recording techniques by showing an illustration of a musical notation of David Garrick’s delivery of “To be or not to be” in the eighteenth century. Instead of single notes corresponding to syllables, it indicated that Garrick’s voice swooped up and down the scale as he spoke whole phrases. 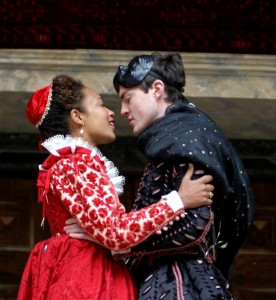 Professor Stern regretted the modern loss of musicality in speaking poetry on stage. In her jointly-edited book Shakespeare’s Theatres and the Effects of Performance many of the essays refer to performances at the reconstructed Shakespeare’s Globe, in particular to their “original practices” productions.  She noted that although music and pronunciation are reproduced as authentically as possible, they have not experimented with the musicality and lyricism of the poetry. Original Pronunication (OP) has been promoted by father and son team David and Ben Crystal, who have written books and given many lectures and demonstrations. OP productions have become quite fashionable. Here’s a link to a production of The Merchant of Venice in OP being performed at the end of March 2015 at the Baltimore Shakespeare Factory, the first in North America. If you want to experience OP, now’s your chance.

But when David or Ben perform a speech from Shakespeare, for me there is something missing. David is not an actor so it isn’t surprising that his delivery of a heroic speech from Henry V is a bit pedestrian. But although Ben, a professional actor, is much more theatrical, I’m still left longing for the poetry. The OP delivery is fast and conversational, lacking in big gestures or soaring poetic sound.

Nobody expected OP to be popular, but perhaps the reason why modern audiences like it is because it lacks that musical swoopiness that we, used to the “naturalism” of TV and film, find a bit hammy. It’ll be interesting to hear how it works in Baltimore.

It’s dangerous to project backwards from John Gielgud’s poeticism or David Garrick’s musical delivery to that of Shakespeare’s own stage. But there is internal evidence in the plays. Hamlet famously advises actors not to “tear a passion to tatters”, but then, “be not too tame neither”. Actors have to be convincingly emotional to convince their audiences they are in a “very torrent, tempest, and…whirlwind of …passion”. Richard Burbage, Shakespeare’s leading actor, was said to have “weighted every word, and measured every pace” and it’s fair to assume that where appropriate he used the “majestic” tragic voice.

To illustrate Shakespeare’s musical writing Tiffany Stern used the example of Prospero’s speech that is almost an incantation. Even reading it, you can feel how the sound is intended to rise and drop, become louder and softer, like a series of waves. 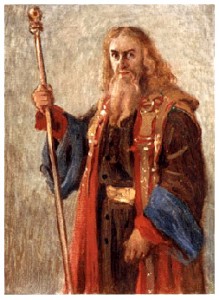 Ye elves of hills, brooks, standing lakes and groves,
And ye that on the sands with printless foot
Do chase the ebbing Neptune and do fly him
When he comes back; you demi-puppets that
By moonshine do the green sour ringlets make,
Whereof the ewe not bites, and you whose pastime
Is to make midnight mushrooms, that rejoice
To hear the solemn curfew; by whose aid,
Weak masters though ye be, I have bedimm’d
The noontide sun, call’d forth the mutinous winds,
And ‘twixt the green sea and the azured vault
Set roaring war: to the dread rattling thunder
Have I given fire and rifted Jove’s stout oak
With his own bolt; the strong-based promontory
Have I made shake and by the spurs pluck’d up
The pine and cedar: graves at my command
Have waked their sleepers, oped, and let ’em forth
By my so potent art. But this rough magic
I here abjure, and, when I have required
Some heavenly music, which even now I do,
To work mine end upon their senses that
This airy charm is for, I’ll break my staff,
Bury it certain fathoms in the earth,
And deeper than did ever plummet sound
I’ll drown my book.

Nothing seems to change more quickly than how we speak, and fragile sound archives document our history. The British Library is currently trying to raise £40 million in order to digitise the 6.5 million recordings they hold, which include many performances of Shakespeare plays. Here is a link if you would like to find out more.