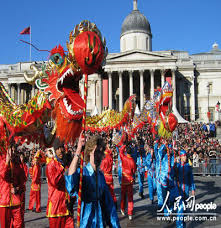 Thursday, 19th February is the Chinese New Year, the Year of the Goat, Sheep or Ram. The biggest celebrations outside China are held in London, which testifies to the internationalism of the English capital. The main festivities will take place over the weekend, particularly on Sunday February 22 when there will be a parade, traditional acts from China and dragon dances weaving their way through the crowds.

During Shakespeare’s lifetime people in England must have had only the vaguest knowledge of China. Exotic Chinese luxuries such as porcelain were imported but few Europeans actually visited. The country was not entirely unknown, however, and Ortelius’s little atlas, The Epitome of the Theatre of the World, published in 1603, shows China on its world map as well as giving it a map of its own and a description of the way of life of the population. Shakespeare barely mentions the country, but Michael Dobson noted in a lecture a year or so ago that a masque, performed at Hampton Court Palace in 1604, contained a “flying Chinese magician”, signifying a high level of interest in the exoticism of the east.

China became more fashionable later in the seventeenth century, being represented on stage and even integrated into productions of Shakespeare, but the country remaining isolated from outside influence for centuries. In the second half of the nineteenth century things began to change. In his 2008 PhD Thesis Shakespeare in China, Yanna Sun comments that “In a broad sense, Chinese Shakespearean criticism began with the diaries of Guo Songtao, the first Qing minister to be stationed in a western country, when he served as an ambassador to England and France between 1877 and 1879”. Songtao visited theatres to see Shakespeare’s plays, but in China itself there were no translations, or productions. Stanley Wells notes in his book Shakespeare For All Time, “a translation of ten of the Lambs’ Tales constituted the first public appearance of Shakespeare in China”, in 1903.

Yanna Sun carefully documents the history of translations, noting that “the first translation of a Shakespearean play in the original dramatic form in 1921 [was] that of Hamlet by Tian Han. From the 1930s onwards Cao Weifeng, Liang Shiqiu, Zhu Shenghao, and Fang Ping each worked on their own translations, aiming to complete all the plays. 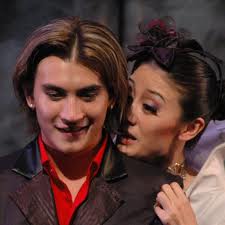 Shakespeare was the first writer whose complete works were translated into Chinese: “What was of great significance for the history of Shakespearean translation in China, and Chinese literature in particular, was the publishing of The Complete Works of Shakespeare by the People’s Literature Press in 1978, for this marked the very beginning of Chinese translations of a foreign writer’s complete works.” Thirty-one were translated by Zhu Shenghao, the rest, and the poems completed by others .  Liang Shiqiu was the first to translate all the plays himself. He began his work on mainland China but completed them while living in Taiwan, where they were published by the Taipei Far East Publishing House in 1967. For political reasons his translation of The Complete Plays of Shakespeare made its appearance in mainland China only in 1996.

In China, the plays were known only as texts, opinion on them heavily influenced by Marxist criticism, and it was not until after the death of Chairman Mao in 1976 that the plays could be performed. It’s hard to conceive how much things have changed within the past forty years, and last year it was announced that the British Government was to sponsor a new translation of all of Shakespeare’s plays into Mandarin, and to pay for the RSC to tour a number of productions to China. Shakespeare is an essential figure in this international cultural exchange, in which the arts are expected to boost economic activity.

The RSC’s connections with China go back to 2002, when they took a production of The Merchant of Venice to Beijing, Shanghai, and other far-Eastern venues. And in November 2006, during their Complete Works Festival the company Yellow Earth, with Shanghai Dramatic Arts Centre, performed an unconventional King Lear in Chinese. It features in this 8-minute video by Alex Huang, the author of Chinese Shakespeares, that showcases modern versions of Shakespeares plays in China.

Shakespeare is genuinely popular in China. In June 2011, Chinese premier Wen Jiabao started his three-day trip to Britain with a tour of the house where William Shakespeare was born. 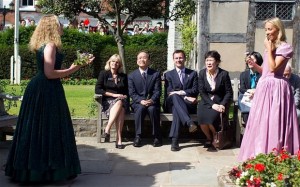 What’s refreshing is that the influences are running both ways. The 2012 World Shakespeare Festival brought the world’s Shakespeare to England. The Globe to Globe project is currently taking Hamlet around the world, reaching China in August. For a view of how life-changing a visit can be, read actor Michael Wagg’s 2014 account of his experiences touring Macbeth to China.