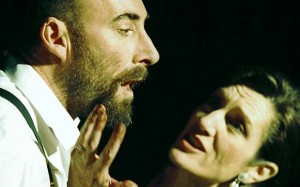 In 2013 Downton Abbey author Julian Fellowes was hauled over the coals for his film adaptation of Romeo and Juliet, in which he rewrote large chunks of Shakespeare’s famous and much-loved play. His explanation just got him into more trouble: “When people say we should have filmed the original, I don’t attack them for that point of view, but to see the original in its absolutely unchanged form, you require a kind of Shakespearean scholarship, and you need to understand the language and analyse it and so on. I can do that because I had a very expensive education; I went to Cambridge. Not everyone did that, and there are plenty of perfectly intelligent people out there who have not been trained in Shakespeare’s language choices.”

This comment has been given more publicity again recently, and was challenged as “nonsense” by Antony Sher in his recent BBC4 interview with Gregory Doran by Sue MacGregor.

‘I never went to university but my job as a Shakespeare actor – and I have done a lot of them now – is to work hard on conveying the meaning…It’s not a university degree you need, it’s the craft of speaking Shakespeare, which we at the RSC work very hard at.’

The interview includes clips of Sher performing several Shakespeare roles including Leontes in The Winter’s Tale, Macbeth, Falstaff and Titus Andronicus, and is available on the BBC Iplayer until 6 December.

Julian Fellowes has recently retracted his ill-judged, and probably off-the-cuff comments. But the issue of how to introduce young people to Shakespeare continues. The Mail on Sunday repeats comments made by Ian McKellen at the time of the screening of The Dresser: “I don’t think people should bother to read Shakespeare. They should see him in the theatre.” Anthony Hopkins, who also starred in The Dresser, disagreed:  “Read Shakespeare. It’s about getting a knowledge of civilisation, a knowledge of how humans think.”

Last year Helen Mirren suggested “I absolutely believe that children’s first experience of Shakespeare should always be in the theatre with a performance…To see great imaginative acting and direction, costumes and lights … I do believe children should not be allowed to read Shakespeare until they are 15 years old.” 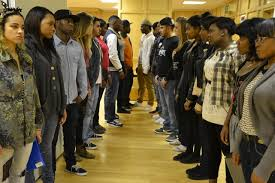 For several years now the RSC have been working on their Stand Up For Shakespeare campaign which aims to get more children involved with Shakespeare for themselves, at a younger age. This campaign tries to address the issue in a structured way, offering teachers training in active approaches to Shakespeare and “for students, the programme involves dynamic ways to learn about Shakespeare in the classroom, artist-led projects and performance opportunities.” It operates with the University of Warwick and includes a Young People’s Shakespeare production, an edited version of one of the plays performed by professional actors that gives students and their families the chance of experiencing Shakespeare live.

Mark Rylance is the latest to have weighed into this disagreement, suggesting that university could be the “worst place” to study the plays, leading to an “intellectual understanding which will dominate, if you’re not careful, the emotional and sensual understanding”. Rylance is now patron of Intermission Youth Theatre which blends Shakespeare’s plays with street slang. He argues that there should be less reverence and more speed, and “the instinctive rhythm of young people brought up surrounded by rap music are much closer to Shakespeare’s original intentions than even the finest actors of recent decades.”

Intermission Youth Theatre are also partnering with the RSC’s Learning Performance Network project, as the London base for their work with schools, communities and theatres across England.

What everyone has in common is the desire to ensure that future generations will value Shakespeare as much as their predecessors have. Shakespeare is robust enough to withstand any number of new interpretations. Shakespeare has after all been a source of other people’s creativity since only a few years after he died. Intermission Youth Theatre will appeal to some young people, and is a worthy experiment, but Rylance gives the impression that taking care of the words, the craft of speaking Shakespeare, is getting in the way of appreciating the plays. 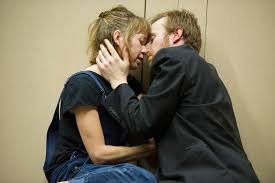 At the Young Vic a different sort of theatrical experiment is about to take to the stage: a new production of Macbeth, reimagined by director/choreographer duo Carrie Cracknell and Lucy Guerin. “Dance will weave through the tale of murder and megalomania”, and “Beginning with Shakespeare’s text, the powerful and unsettling choreography weaves its way throughout the story, culminating in an unforgettable final act where words falter and finally give way.”

Leading the cast is John Heffernan, Oppenheimer for the RSC at the Swan earlier in 2015, and an accomplished speaker of Shakespeare’s verse, and Anna Maxwell Martin who played Regan in the National Theatre’s most recent King Lear.

The blending of words and movement should be really effective in Macbeth. The production opens on 26 November and runs until 23 January 2016. It will play at Birmingham Rep from 26-30 January then at HOME, Manchester from 2-6 February.