A heart that even cracks for woe 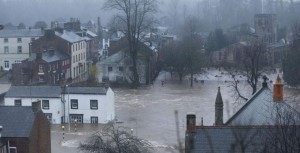 This week has been full of heartbreaking stories, including the coverage of repeated bouts of flooding in Cumbria, one of my favourite places. I can’t imagine what it must be like to find treasured possessions ruined and one’s home uninhabitable for months. It seems particularly harsh that this has happened in the run up to Christmas when we are looking forward to celebrating with family and friends.

But over the last couple of days the story of Ali Alsaho, whose wife and seven children all drowned attempting the crossing from Turkey to Greece, dwarfs even the anguish of those flooded out. With his youngest child only 20 days old, how desperate must they have been to risk travelling so far in the hope of finding a better life. And how completely bleak his life must be now having lost everything he cherished and worked for. 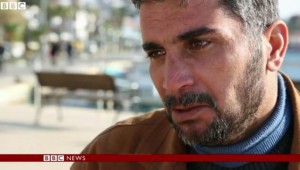 Watching his distress as he talked, then sat looking out across the beautiful Aegean sea inevitably reminded me of Shakespeare’s Pericles, who loses his wife in a shipwreck in the Mediterranean. Cerimon, the doctor, observes:
If thou livest, Pericles, thou hast a heart
That even cracks for woe!

Pericles has already almost lost his identity at sea, and this time speaks of his loss:
O you gods!
Why do you make us love your goodly gifts,
And snatch them straight away?

Before he casts his wife’s coffin overboard he addresses her:
A terrible childbed hast thou had, my dear;
No light, no fire: the unfriendly elements
Forgot thee utterly: nor have I time
To give thee hallow’d to thy grave, but straight
Must cast thee, scarcely coffin’d, in the ooze;
Where, for a monument upon thy bones,
And e’er-remaining lamps, the belching whale
And humming water must o’erwhelm thy corpse,
Lying with simple shells.

He does still have his newborn daughter “all his life’s delight”, who he passes to Cleon and Dionyza hoping they will care for her as if she was their own child. It’s only when he is told that she too has died that he removes himself from normal life, becoming hermit-like. Gower describes his pain using the image of a sea-storm:
He swears
Never to wash his face, nor cut his hairs.
He puts on sackcloth, and to sea. He bears
A tempest, which his mortal vessel tears,
And yet he rides it out. 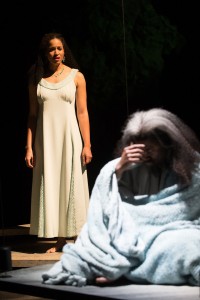 Marina and Pericles from the Oregon Shakespeare Festival production

Marina, Pericles’ daughter, undergoes trials of her own. After the death of her devoted nurse she uses the same sort of language to describe her isolation:
This world to me is like a lasting storm,
Whirring me from my friends.

Shakespeare’s play is of course a fictional romance: Pericles is miraculously reunited with his daughter and his wife with the help of the gods. It’s this element of the story, the idea that death may not be final, that makes it such a powerful piece of dramatic writing.

For Ali Alsaho as for all the Syrians who have had unsuccessful crossings to Europe, and even for many who have made it, there is no such happy ending. In the affluent West we celebrate Christmas as a time to meet up with our families, but the Christmas story of the baby born in a cattle shed has far more in common with that of the refugees, those who find their families torn apart and the flooded Cumbrians who have lost their homes. Shakespeare might never have dramatised the Christmas story itself, but he shows understanding of its message, and gives a voice to the dreadful pain of those who suffer, in plays like Pericles.

3 Responses to A heart that even cracks for woe