We can be heroes [not] just for one day 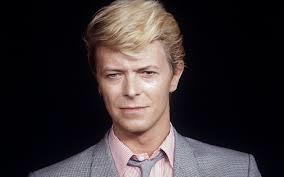 The first news I heard on Monday morning, 11 January 2016, was the death of rock star David Bowie. Like most of us, I’ve lived with his songs through my adult life. All day I’ve been hearing his music, people talking about their memories of him, or of his significance, or  recorded interviews with him. The words genius and legend have been used over and over again. It’s too soon to talk about his long-term significance, but he has already influenced younger musicians through whom his work will live on.

It’s certainly to be hoped that this well-liked man and his amazing creative output will be remembered for many years. Interviewed on TV, Will Gomperz and Lauren Laverne concentrated on how Bowie guided us through the changing problems of living in the last decades of the 20th century and the beginning of the 21st, but Gomperz called him “The Picasso of Pop”, suggesting his influence will be much longer-lasting. Just a few years after Shakespeare’s death Ben Jonson already recognised that there was something about Shakespeare that was universal, “not of an age, but for all time”. Like Shakespeare, Bowie was in the right place at the right time, and a man of immense talent.

On BBC Radio 4’s Front Row someone commented that as an artist, Bowie was always thinking about the future of his own work. Even his exit from the world seems to have happened in a deliberate way: his last album, Blackstar, was released on his 69th birthday just a couple of days before he died. The themes of the album are loss, death and resurrection, just the same subjects that Shakespeare wrote about in his last plays. The Tempest, in which the magician symbolically breaks his magic staff, is still often thought of as Shakespeare’s farewell to his creative  writing power: 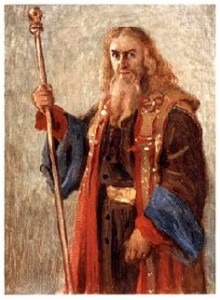 But this rough magic
I here abjure, and, when I have required
Some heavenly music, which even now I do,
To work mine end upon their senses that
This airy charm is for, I’ll break my staff,
Bury it certain fathoms in the earth,
And deeper than did ever plummet sound
I’ll drown my book.

During the day interviews have also emphasised how Bowie worked in collaboration with other musicians throughout his career. There’s no suggestion that working in partnership with other talented people might negate Bowie’s talent or achievement in any way. How strange then that for many years Shakespeare scholars were shy of embracing the idea that Shakespeare was not a solitary genius, shut away from other influences. Working with other people surely enriched the writing of both men.

In the four hundred years since Shakespeare died his work has delighted and inspired generations around the world. 2016 will also be remembered for the death of David Bowie, who in his own unique way has done the same for people alive today. Here are some of the lines of Lazarus, from Blackstar.
Look up here, I’m in heaven
I’ve got scars that can’t be seen.
I’ve got drama, can’t be stolen
Everybody knows me now.

This entry was posted in Legacy and tagged Blackstar, David Bowie, Lazarus, The Tempest. Bookmark the permalink.