Scribbled forms on vellum: a living link with the past 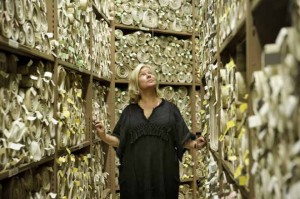 Three cheers for Paul Wright, the Manager of William Cowley, interviewed on the Today programme on Monday 15 February (2hrs 49 mins in), about the decision to continue to print UK laws on vellum rather than move to archival paper. It’s a campaign that he has passionately promoted in the face of the inevitable march of progress: paper would be cheaper and more in keeping with our world, not the world of the past. But now the Cabinet Office has offered to pay for the tradition to continue. Cabinet Officer Matt Hancock has noted that vellum is “surprisingly cost-effective” and that “While the world constantly changes, we should safeguard some of our great traditions.”

Paul Wright too used the emotional argument that “We love our history” as well as the practical, reminding his interviewer that the Dead Sea Scrolls were discovered after being lost for thousands of years, that vellum offers a “safe method of data storage”, and that other countries are now using vellum for their important documents: “our records are the envy of the world”. 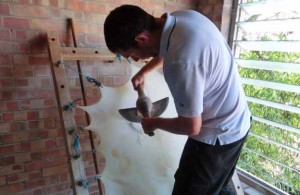 Even so it’s a surprising turn-around. Parchment and vellum are made from animal skins, vellum specifically from calf-skin. The word vellum is derived from the same French root as does the word veal. The method of production is remarkably labour-intensive, and has not changed in centuries. Here is a clip of Dr Janina Ramirez being given a lesson in the making of vellum by Lee Mapley, a parchmenter at William Cowley.

It’s a long, messy and smelly business. As a glove-maker, Shakespeare’s father John would probably have also prepared animal skins for use, and if William worked for his father he would have been involved in this side of the trade. His frequent references to gloves and glove-making in his plays show that he knew how they were made. Vellum and parchment would have been part of Shakespeare’s world, but when he mentions parchment (he never specifically mentions vellum) it’s from the perspective of a user, and the associations are not very positive.

In Hamlet, faced with Yorick’s skull, the symbol of mortality, the prince starts thinking about the pomposity of the law:
Why may not that be the skull of a lawyer? Where be his quiddits now, his quillets, his cases, his tenures, and his tricks? … This fellow might be in’s time a great buyer of land, with his statutes, his recognizances, his fines, his double vouchers, his recoveries.

Then abruptly returns to reality when he asks Horatio “Is not parchment made of sheepskins?”, to which Horatio replies “Ay, my lord, And of calveskins too.”

In Henry VI Part 2 Jack Cade, that hater of lawyers, makes the same point:
Is not this a lamentable thing, that of the skin of an innocent lamb should be made parchment? that parchment, being scribbled o’er, should undo a man? 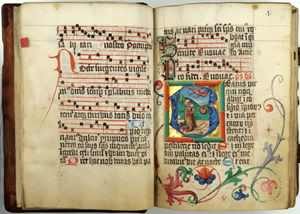 While parchment and vellum may seem fragile, they can be more durable than the digital records on which we now rely. The BBC’s Domesday project from the 1980s is everybody’s favourite example: swift changes in hardware meant that within 20 years the laserdiscs on which data had been stored became unreadable. Digital files have to be endlessly managed, copied onto new formats, and kept in multiple copies, making them expensive. Once you’ve put a parchment document into suitable conditions it can just be left on the shelf. Several copies of one of our most famous documents, Magna Carta, are still readable 1000 years on.

Shakespeare’s plays were printed on paper, but vellum was also used for printing on. The Gutenberg Bible, the first book in Europe printed using moveable metal type, was printed on both paper and vellum. Of the 48 copies still in existence from around 180 printed, 12 are on vellum. It’s been estimated that each one would have taken the skins of 170 calves. This article explains more about the printing of the Gutenberg bible.

On his deathbed, Shakespeare’s King John feels his life is as vulnerable as a piece of parchment in flames:
I am a scribbled form, drawn with a pen
Upon a parchment, and against this fire
Do I shrink up.

Vellum’s apparent fragility will though protect and give importance to our parliamentary documents: both a practical solution and a living link to the past.

*This link leads to information about the beautiful Latin psalter illustrated above.