Shakespeare in the West Midlands 2016 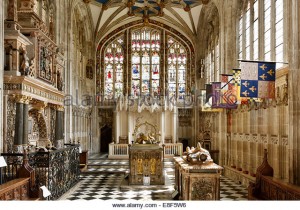 The last post I wrote was intended to be all about Shakespeare events in the West Midlands, but I only got as far as Holy Trinity Church in Stratford-upon-Avon. This time I’m casting the net a bit wider to Warwick and Birmingham as well as more Stratford news. There’s so much going on nobody stands a chance of catching more than a fraction of it, but hopefully everybody will find something that they will enjoy, even if not (yet) a big Shakespeare fan.

I’m starting off with a great festival that is being run in the beautiful town of Warwick, best known for its castle, but that is celebrating the 400th anniversary of Shakespeare’s death in style, with Shakespeare 400: History, Heritage & Faith, a major exhibition from 14 April-30 June taking place in the Collegiate Church of St Mary, right in the centre of the town.

The main exhibits are a copy of the 1623 First Folio, courtesy of the V&A Museum, and a first edition of the King James Bible, 1611, from Cambridge University. Visitors will have the rare opportunity of seeing these two iconic texts, ‘twin pillars’ of Western society, on display together. Admission fees are £3.50 for Adults/£2.50 for Children and Concessions.

The exhibition opening will take place on 21 April at 8pm. This gala event will feature Dame Judi Dench talking about her passion for Shakespeare and her Christian faith. Booking is essential for this session.

For anyone not familiar with it, this is also the opportunity to explore this glorious church which contains the stunning Beauchamp Chapel, the resting place of Robert Dudley. The church also stands in the centre of the historic county town of Warwick and it is also possible to climb the church’s tower, giving breathtaking views of the surrounding countryside. 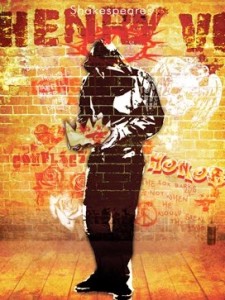 There will be a whole series of events taking place during the three months of the exhibition. This will include film screenings, an Elizabethan weekend, and a talk by Alison Weir on Richard III. Warwick’s own Playbox Theatre are staging Games and Thrones, a reworking of the three parts of Henry VI, which is being performed at the Dream Factory in April, and from 19-21 May as part of the festival being held by St Mary’s.

On 4 June there will also be “Such stuff as Dreams”: An Evening of Shakespeare in Song with Da Capo choir and guest readers, Amanda Root and Anton Lesser, 7:30pm, and on 9 June a panel discussion “Frailty thy name is Woman”. Women, The Bible & Shakespeare. Panel discussion with Rosalind Miles, Reverend Canon Joanna Collicutt, Reverend Emma Percy, Cathy Ross and Alycia Smith-Howard, 7:30pm. More information is available from St Mary’s by emailing events@stmaryswarwick.org.uk 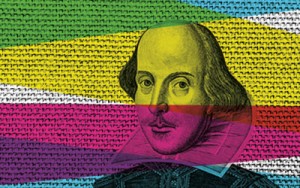 Birmingham too has gone Shakespeare mad with a fantastic range of events on offer in the city under the title Our Shakespeare .There are plays at Birmingham Repertory Theatre, concerts at Symphony Hall and exhibitions and other events at the Library of Birmingham, all within a stone’s throw of each other. At the Hippodrome Birmingham Royal Ballet are putting on a series of ballets based on Shakespeare’s plays and there’s an exhibition at the Barber Institute of Fine Arts in Edgbaston.

The Shakespeare Institute Library is giving people the opportunity to talk about their own connections with Shakespeare, by taking part in OurShakespeare2016. Just send in a photo of an object that means a lot to you and a brief description. It can be anything: theatre ticket, souvenir, photograph, whatever. I’ve just contributed a post on a medal my father won in a Shakespeare competition, and have enjoyed reading about other people’s favourite Shakespeare experiences.

There’s a musical event taking place at Stratford-upon-Avon’s own Public Library during the evening of 21 April, The Night Watch, featuring original music from Shakespeare’s plays.

Also reminding us that music is the food of love, The Orchestra of the Swan at the ArtsHouse is performing a season of Shakespeare-inspired concerts. The very first of these takes place at 2pm on 5 April with music written by Dobrinka Tabakova inspired by Turner’s Stratford Sketches, made on a visit to the town in 1833.

News on the Birthday Celebrations themselves will follow in a further post, but I’m particularly delighted to be able to confirm that Stratford’s historic Guild Hall will be open to visitors from 23 April after an extensive restoration. This is set to be a wonderful addition to the town, allowing visitors to see the rooms from which Stratford was governed in Shakespeare’s time and before, as well as the schoolroom where Shakespeare was educated.

One Response to Shakespeare in the West Midlands 2016