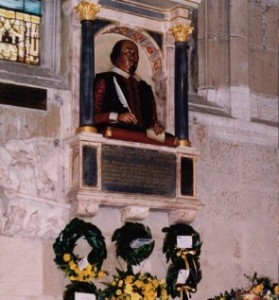 Following the fabulously successful but exhausting weekend celebrating the 400th anniversary of Shakespeare’s death, and his 452nd birthday, I’ve had a few days rest from the blog, but it doesn’t mean I haven’t been busy researching and writing a book on the history of the town’s Shakespeare Club, an organisation that is much more intimately linked with the history of Shakespeare’s heritage in the town and with national and international connections, than I would have guessed when I started. The book is to be published in the autumn. On publication the price will be £12.99, but as long as orders with payment for £10 are received by 7 May subscribers will receive a copy of the book on publication signed by the authors, and the name of the subscriber will be printed in the List of Subscribers within the book. The price above does not include postage, so if you are unable to collect the book from Stratford-upon-Avon the subscription price will be £12.99 (UK only). Full information is at the end of this post. * 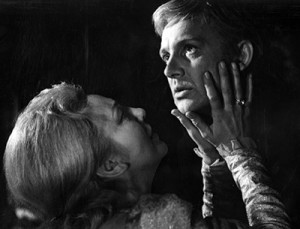 Gertrude and Hamlet in the Kosintsev film of Hamlet

After the massive media coverage of the last few days, the BBC continues to cover the anniversary, but in a quieter way, with a number of programmes that are worth drawing to your attention. On Sunday 1 May BBC 4 is screening the 1964 Russian film of Hamlet directed by Grigori Kosinstev. With its atmosphere of claustrophobia and suspicion, set on a spectacular clifftop fortress, it can be seen as an artistic response to the repressiveness of the Soviet regime. It’s much more than that though: Innocenti Smoktunovsky gives a terrific performance as Hamlet, and the Financial Times described it as “arguably the most intelligent and certainly the most contemporary interpretation of Shakespeare for the screen”. It’s on at the late hour of 10.45pm but will be worth staying up for (and Monday’s a Bank Holiday). Leading up to the film is another Shakespeare-related programme, Redefining Juliet in which six actors each present their portrayal of Shakespeare’s tragic heroine.

The treats continue on the radio: Sunday evening, 1 May, on Radio 3, there is a performance of The Winter’s Tale, with parts taken by many familiar names such as Eve Best, Karl Johnson, Susan Jameson, Sean Baker and Brian Protheroe. On Tuesday 3 May a production of Julius Caesar, divided into three parts, begins, with Tim Pigott-Smith as Caesar, Robert Glenister as Brutus, Sam Troughton as Cassius and Jamie Parker as Antony, a really strong quartet to lead this great political drams. Again on  Radio 4 every weekday beginning on Monday, at 1.45 until 2pm there is a series in which Yasmin Alibhai-Brown explores Shakespeare: Love across the Racial Divide, beginning, not surprisingly, with Othello. 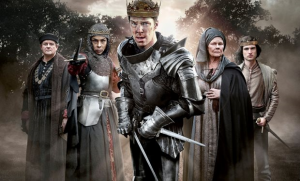 I can’t help feeling that this week’s programmes, interesting as they will be, will be overshadowed by next weekend’s major launch of The Hollow Crown 2, taking the plays from Henry VI up to Richard III. Like the first series right back in 2012 that focused on Ben Whishaw as Richard II and Tom Hiddleston as Henry V, the second series is led by a hugely popular TV star, Benedict Cumberbatch as Richard III, also starring Judi Dench, Hugh Bonneville and Sophie Okonedo.

Over the past few days BBC4 has been screening the first series again to set the scene for the second, and these are available on IPlayer for a few more days. The second series has a lot to live up to: the first, aimed at people who might be new to Shakespeare, gained a real following: on Twitter the Hollow Crown Fans group  @HollowCrownFans was formed as a result. They now have 13,700 followers on Twitter and stage a regular invitation to tweet on a particular subject with #ShakespeareSunday.

The Hollow Crown 2 will begin screening on Saturday 7 May, for 3 consecutive weeks. As with many stage adaptations, the three Henry VI plays will be conflated into two episodes.

*TO SUBSCRIBE to the history of The Shakespeare Club please send a cheque for £10 (£12.99 to include UK postage), payable to The Shakespeare Club together with your name as you wish it to appear in the book, your address, and a stamped addressed envelope (if you wish a receipt to be mailed to you), before 7 May 2016, to Dr Susan Brock, Secretary, The Shakespeare Club of Stratford-upon-Avon, Daisy Cottage, Front St., Ilmington, Shipston-on-Stour CV36 4LA.

One Response to Shakespeare 400 continues