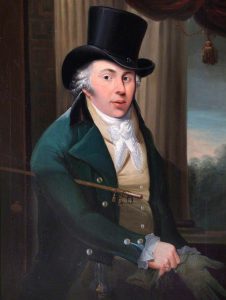 For the last couple of weeks I’ve been neglecting the Shakespeare blog, struggling with the combined effects of jet lag and completing our book on the history of the Shakespeare Club. Although my co-author Susan Brock has shouldered most of the work, I have still been involved in checking proofs, working on page layouts, and making sure we acknowledge the many people who have helped us.

The Club, founded in 1824, owed its existence to the persistence and enthusiasm of local people, most of whom ran small businesses rather than having any history of performance or promotion. It’s just as well that others who had the necessary expertise also joined in organising the celebrations.

One of the most effective of them was James Bisset, whose songs were written and performed during the first few years of the Club, and give a flavour of the meetings. It’s been interesting to find more out about him as his name crops up time and time again in the documentation.  He was a Scot, born in Perth in 1762, and sent to Birmingham at the age of thirteen to train as a painter of miniatures. He had a continuing interest in paintings, establishing Birmingham’s first museum and art gallery in a large house in New Street, right in the heart of the town. 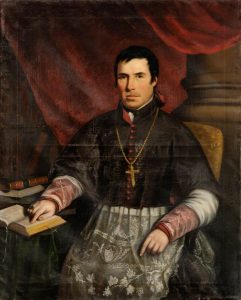 He was no mean artist himself, as the couple of paintings in public collections show. He also coined medals and developed a facility in writing amusing songs. In addition, in 1800 he published a Poetic Survey of Birmingham that included beautifully-engraved plates and a directory of the inhabitants and their professions.

In 1812 he paid attention to the fast-growing town of Leamington, opening a museum, picture gallery and newsroom, and moving there the following year. In 1814 he published A Picturesque Guide to Leamington, aimed at the wealthy visitors who were coming in increasing numbers to take the water at the spa. He was a prominent citizen of the town, and I’ve been delighted to find that Leamington Spa Art Gallery and Museum contains two portraits of him, both probably painted before he left Birmingham, showing him as a confident young man about town. Stratford was only a few miles away, and from 1816 until his death he was a fixture at every Shakespeare celebration in the town, performing his own songs and verses, some of which he published. No dinner was complete without Mr Bisset, ‘whose poetic muse is ever in the wing to enliven our convivial hours’.

At the Shakespeare Club’s dinner in 1826 he took the opportunity to announce that he had “fixed on an eligible situation at Stratford where he intends to build a Shakspearian Museum”. The song that he wrote for the occasion was “sung…with great glee, and reiterated plaudits”.
My muse has of late heard it whisper’d
Next season ’tis fully expected
A Museum in honor of Shakspeare,
Will be in his Birth-place erected.
From each Play that he wrote ’tis intended
Illustrative Scenes to display,
And with Portraits of Warwickshire Worthies!
To furnish a Gallery, gay!

Had this ambition been successful this would have been the first Shakespeare Museum in the town other than the Birthplace itself, and certainly the first to focus on Shakespeare’s work rather than his life. In another song he celebrates the commercial prosperity brought to the town by the coming of the canal. 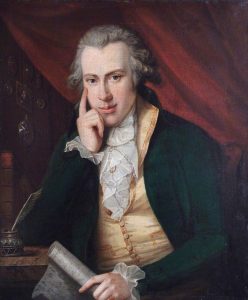 One of his songs, the Shakspearean Club Catch, describes a meeting of the early Club at the Falcon Inn where Mr Ashfield was the licensee:
Hark! The gay Shakespearean boys,
They make the Falcon ring
With catch and glee, so merrily,
They sing so merrily -merrily!
See the brimming sparkling glass
Of Ashfield’s rich and famous ale;
Put hearts to cheer – his amber beer
Can surely- surely never fail!
From six to eight, on each club night,
We at our posts are found;
And quick again, from nine to ten,
The bumper toasts go round.

Later on he became involved in the rivalry between the original Falcon Club and the newer one that was formed in 1827. Though he tried to remain neutral, in 1830 he wrote a song celebrating the Falcon Club’s successful celebrations and their Royal approval:
In honour of Shakspeare, “The Warwickshire Wag,”
Of whom both his County and Country still brag,
A Club of choice Fellows, with liberal hand,
Today have presented a Jubilee grand;
In Costume appropriate richly array’d,
Shakspearean Characters here were display’d;
…
Our Monarch, God bless him, so frank and so free,
Condescended the Club’s Royal Patron to be;
Thus honr’d, of course, the glad Members now dub
Themselves, as “The Royal Shakspearean Club.

He died on 17 August 1832, and was buried in Leamington where a monument was erected to his memory. His entry in the Dictionary of National Biography omits any mention of his interest in Shakespeare and Stratford. More information about this colourful character will be found in our forthcoming book The Story of the Shakespeare Club of Stratford-upon-Avon: “Long Life to the Club call’d Shakspearean”, details of which are now on the website.