Posted on September 8, 2016 by Sylvia Morris

Thursday 8-Sunday 11 September are once again the annual Heritage Open Days when historic venues open their doors to the public, free of charge. Sometimes they put on special events in spaces that open regularly, but the real pleasure of the weekend is to get a look at places and items that we can’t normally see.

I’ve been checking the website to see what’s on offer for Shakespeare-lovers and delighted to find some real treats on offer. In Stratford-upon-Avon I must put in a special word for the free pop-up exhibition being put on using the collections of the SBT’s world-class library, archive and museum collections in the Queen Elizabeth Hall of the Shakespeare Centre. This year the theme is plants, gardens and gardening in Shakespeare’s time and nature as it is represented in the performance of his plays. This drop-in event includes children’s activities and talks from the Trust’s gardens team each day. 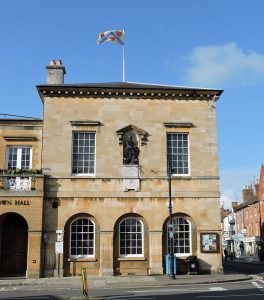 Elsewhere in town there will be Heritage pub tours (sounds unmissable) linking up with a display in the Town Hall on Flower’s Brewery. As well as being a major local employer the Flower family were enormously influential. In particular Stratford owes the building of the 1879 and 1932 Shakespeare Memorial Theatres to the Flower family. The brewery is no longer in existence. Flowers regularly served on the Town Council and over the weekend serving Councillors will welcome visitors into this beautiful and historic building.

I’m particularly excited to see that tours to Washington Irving’s parlour are to be organised on Friday and Sunday. In 1815, and on several subsequent visits, Irving, the most famous American writer of the day, stayed at the Red Horse Inn in Bridge Street. His room became a tourist destination for eager fans in its own right. In the early 1980s all but the frontage of the hotel was demolished to make way for the M&S store. About a year ago I heard that tucked away inside the building there was  a room in which some of the furniture and memorabilia relating to Irving was kept, but that it is not in a position where it can be simply opened to interested visitors. So this is quite special. Timed tours have to be pre-booked at The Old Slaughterhouse behind Sheep Street, and take place on Friday and Sunday. 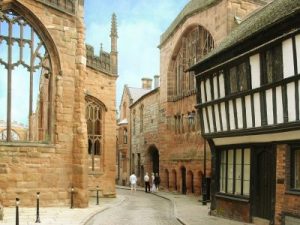 Outside Stratford there are lots of interesting places to visit including the medieval guildhalls of King’s Lynn and Coventry, in which Shakespeare probably performed when his company was on tour. We are all familiar with the idea of professional theatres in London but academic work is now revealing much more about how much time companies spent in the regions in venues like these. Both would be worth seeing in their own right: the King’s Lynn building is the largest surviving guildhall in England and St Mary’s in Coventry, built in 1340, is one of the finest surviving examples of a medieval guildhall.

Another historic venue linked to Shakespeare is the Crown Tavern in Cornmarket, Oxford. It was rumoured that this was where Shakespeare stayed when journeying between Stratford and London, and the building contains some remarkably well-preserved Elizabethan wall paintings. Also open over the weekend is the church in which Shakespeare’s last descendant, his grand-daughter, was buried in a vault beneath the Lady Chapel at Abington in Northamptonshire. Elizabeth, the daughter of Susanna, became Lady Barnard by her second marriage but she had no children so, dying in 1670 she was the last of Shakespeare’s direct line. 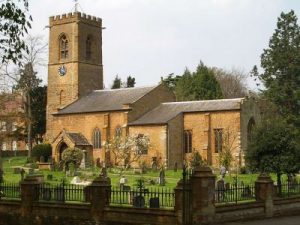 There will be exhibitions of Shakespeare-related material at the David Wilson Library at the University of Leicester (including the 15th century bible used at the re-interment of King Richard III in 2015), and at the Library of King’s College, Cambridge. And there will be floral displays commemorating the 400th anniversary of Shakespeare’s death at the church in Westbourne Road, Eccles, Greater Manchester.

Finally there are performances and activities to enjoy. At the Smithy Heritage Centre, Eccleston, Merseyside, they are holding a weekend of Tudor-style fun for all the family, with outdoor games, costumes, music and crafts. At Astley Hall in Chorley, Lancashire there will be the opportunity for hands-on musical moments from the past when visitors can handle period instruments or try a Tudor dance with a company of players in the setting of a garden filled with Shakespearean plants.

St Mary de Crypt Church, Gloucester is the atmospheric location for Twelfth Night, performed by  Tyger Productions, and Shakespeare songs will be performed as part of a programme at St Johns Church, Stamford, Lincolnshire. A medley of Sonnets and extracts from the plays will be performed on the lawn at Westbury Arts Centre, Milton Keynes, with an Elizabethan house providing the backdrop. At St. John the Evangelist Church in Leeds Trio Literati perform a selection of sonnets and other works under the title Sonnet Lumiere.

Organisers are to be congratulated for making so many efforts to put on such a variety of events. Wherever you are there should be something to take your Shakespearean fancy.

One Response to Heritage Open Days 2016