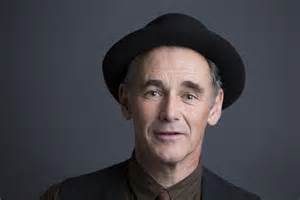 It’s been a bad-tempered sort of week for those who take an interest in Shakespeare. On Sunday 23rd October actor and former Artistic Director of Shakespeare’s Globe Mark Rylance launched into an attack on business sponsorship of the theatre in general and on the RSC’s acceptance of sponsorship by BP in particular. It seemed like an old-fashioned sort of argument, with Rylance recalling what it had been like when he was in the RSC during the 1980s and expected to go along to corporate events. I remember being upset when the RSC first accepted sponsorship, with discussions about the probably effects on artistic standards and repertoire, preventing artists from pursuing their own visions. I’m sure you don’t need me to tell you that state sponsorship of the arts has, over the centuries, been the exception rather than the rule. Shakespeare’s own theatre only survived because it was popular, and his plays were ruthlessly adapted to make them appeal to the current fashion for centuries after his death. The theatres in Stratford were built because of the enthusiasm and generosity of the Flower brewing family and at least to begin with could only support a few weeks of theatrical activity a year. Maybe there is less opportunity to experiment, but at the RSC, BP has allowed the company to set up its scheme offering 16-25 year olds tickets for only £5 each. The arguments over BP date back a number of years but began in earnest with a letter in August signed by 214 public figures demanding the cancellation of BP’s sponsorship of the arts.

The RSC is not the only major arts organisation to receive sponsorship from BP: it also supports the British Museum, the Royal Opera House (which has been in a relationship with them for 28 years), and the National Portrait Gallery. BP have also sponsored sport: in London and Rio the company supported both the Olympics and Paralympics.

Rylance’s  interview starts about 26 minutes into the programme. 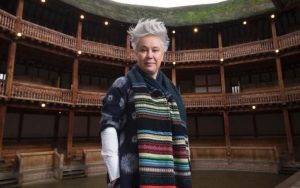 Then on Tuesday it was announced that Emma Rice would be leaving Shakespeare’s Globe in Spring 2018, having taken over from Dominic Dromgoole only at the beginning of 2016.This has been the Shakespeare story of the week, and again there is a feeling of déjà vu about the arguments: is the Globe a museum, a theatre, or a kind of laboratory for academic experiments? Like Mark Rylance’s discussions about sponsorship, it’s all been said before, and here are a sample of the pieces that have been written this week.

From the BBC , The Spectator, The Stage,  The Guardian, and The Telegraph. 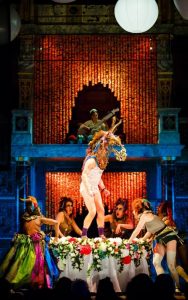 What’s shocking about this announcement is that Rice has been pushed out after only a few months, when any Artistic Director needs time to settle into working in a completely new environment. Her first season, including A Midsummer Night’s Dream, has been very successful at the box office, but the Globe board seem to have fallen out with her over her use of lighting and sound, while they wanted to retain the stress on historical authenticity. This is a puzzling development, since, surely, it must have been apparent from her work at Kneehigh that she was not going to take the Globe in this direction.

In response to both of these events, on Broadcasting House on 30 October we heard Bury the Bard, a piece written and performed by playwright Adriano Shaplin. His deliberately provocative and probably tongue in cheek piece attacked Shakespeare as the “zombie general”, “crushing the arts with his dead arm”, a misogynist capitalist pig who “would take the money and run”. It starts about 36 minutes in. 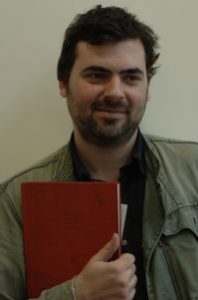 Shaplin’s piece comes over as a bit of a rant, but he’s a much more interesting and thoughtful artist than this might suggest. From 2006-8 he was the International Playwright in Residence at the RSC in Stratford-upon-Avon, seen by Artistic Director Michael Boyd as a “free-roaming provocateur, stirring up debate, raising the bar on just what could be said in the pub and rehearsal room”. In 2008 he was involved in this discussion at the Royal Society while the RSC were performing his play The Tragedy of Thomas Hobbes, on the subject of the development of science and the foundation of the Royal Society.

Maybe we’re all in need of a bit of a break at the end of the year in which the 400th anniversary of Shakespeare’s death has been celebrated so vigorously. Everyone is certainly entitled to express their opinion. But the very fact that Shakespeare and the performance of his plays can provoke such interest and outrage means he’s not dead yet.

One Response to Discord and dismay