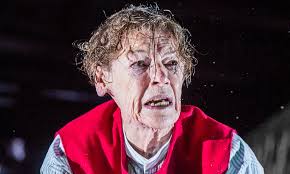 2016 seems to have been characterised by women staging a takeover of traditional male roles, at least as far as Shakespeare is concerned. While planning this post I was hoping to be able to link this trend to the election of a woman President of the USA, but, as we all know, we will have to wait for the shattering of that massive glass ceiling.

In the mean time we can perhaps take comfort from what seems to be a real movement on stage, though in fact Shakespeare originally wrote all his roles to be acted by men. Women began to perform on the public stage just a few decades after his death, though only after the national trauma of the Civil War and Commonwealth.

It’s been noticeable how many of the male roles being taken over by women are the powerful ones. In previous years it’s been the contemplative roles of Hamlet and Brutus, but this year we’ve seen Prospero, King Lear, Coriolanus and Cymbeline all taken by women. It will be interesting to see what kinds of parallels academics will find in years to come between the real political turbulence of the year and Shakespeare on stage.

Audiences have been watching the RSC’s Cymbeline for several months now, first in Stratford and now at the Barbican. Cymbeline is often seen as an ineffectual leader who allows others to dominate, leading to division and discord, but I found Gillian Bevan’s strong performance effective, particularly when, with the finding of her lost sons, her family and her country are reunited.

On the other side of the world, the new Australian Heartstring Theatre has been created “to actively address the shortage of strong female acting roles”, and they are to be applauded for launching into the subject with Coriolanus, as they put it a tale of “bloody tale of war, power and pride”, quite a challenge for an all-female cast. Elsewhere there was an all-female nude The Tempest performed out of doors in Brooklyn and an all-female The Taming of the Shrew in Colorado. In the UK the cycling touring company Handlebards launched an all-female team to perform Romeo and Juliet and The Taming of the Shrew.

In London, though, two great female actors have been taking male roles during the autumn. Phyllida Lloyd, who previously directed all-female versions of Julius Caesar and Henry IV at the Donmar Warehouse has now completed a trilogy with The Tempest. All three are being performed at the tiny King’s Cross Theatre. As before, one of our leading Shakespeareans, Harriet Walter, plays Brutus and Henry IV as well as Prospero. All three plays are performed in the setting of a women’s prison, their common theme of power, ranging from the getting of it, the holding onto it, or the letting it go. Reviews will be posted after the trilogy day on 22 November.

There has though been a great deal of advance publicity, not least Harriet Walter’s Open Letter to Shakespeare published in The Stage. Most of the letter is not in fact addressed to Shakespeare, but here’s a bit that is:

Despite the fact that the world has changed enormously since your day, the stories we tell about ourselves still tend to follow your template, with male protagonists whose thoughts and actions matter – and females who matter only in as much as they relate to those men.

I feel churlish for saying this, but many of us feel excluded, and I would love you to come back and do some rewrites.

Nowadays we are challenging all preconceptions about gender, both in terms of personal identification and public roles, so I hope you don’t mind but I have been playing men recently. I am only following your own example. It seems as legitimate for women to play men as it was for boys to play women.

Most recently Glenda Jackson, who first rose to fame in the 1960s, is back on stage after a gap of 25 years at the age of 80 playing King Lear at the Old Vic. One review claims she has “pulled off one of those 11th-hour feats of human endeavour that will surely be talked about for years to come by those who see it”. 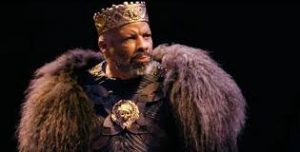 There have certainly been plenty of other performances of this massive role to compare her with this year. A couple of weeks ago the BBC presented a documentary 2016: The Year of King Lear, noting that five major productions of the play had been put on, and questioning why the play resonates so deeply with contemporary audiences. Those interviewed include Tony Sher and Don Warrington, and features speeches beautifully delivered by another Lear, Michael Pennington. It’s half an hour long and available on Iplayer until towards the end of November 2016.

Finally, again for those wanting to investigate King Lear, Shakespeare at the Tobacco Factory is running a week-long residential course for adult readers on the play from 21-25 November at Mousehole in Cornwall. An actor from the company and the Company’s Artistic Director Andrew Hilton will guide the participants through the text, bringing their theatrical perspective to the discussion. It sounds like a fascinating way of spending a week at the darkest time of the year!

One Response to Women taking power in Shakespeare’s plays