The Winter’s Tale live streaming: a play for our times 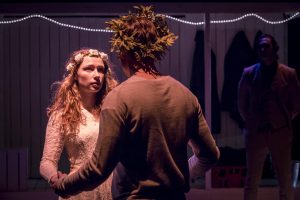 A scene from Cheek by Jowl’s The Winter’s Tale

The Winter’s Tale, with its theme of the pain of loss followed by the joy of resurrection, is a play that is particularly appropriate around Easter and Shakespeare’s Birthday, while the portrayal of mental illness makes it very much a play for our troubled times.

As Pat Tatspaugh points out in her excellent Shakespeare at Stratford study in The Arden Shakespeare series, it’s a play that has proved more popular on the stage than in the study where it has tended to be seen as “too complex or too crudely constructed” with a whole list of “problems” including “Leontes’ sudden and apparently inexplicable jealousy; the abandonment of his infant daughter; his public humiliation of Hermione… the abrupt leap forward sixteen years [and] Hermione’s restoration and reunion with Leontes and their daughter”.  Yet audience’s rarely seem bothered by these, and the play’s conclusion is one of the most moving scenes in Shakespeare.

The brilliant international company Cheek by Jowl is currently touring their highly-praised production of The Winter’s Tale and on Wednesday 19 April 2017 it is being live streamed from the Barbican Theatre in London.  With audiences from around the world, the play will be screened with French and Spanish subtitles, and with the option of English access subtitles. This multi-camera screening will be free, and streamed to your computer, made possible due to the support and partnership of the Barbican Centre, The Space, Arts Council England, the BBC, Spain’s El País, France’s Télérama and The Sydney Morning Herald in Australia. Although it will be very special to watch it live, it will be available until midnight on 7th May, on www.cheekbyjowl.com/livestream 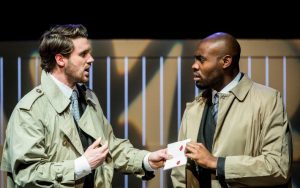 A scene from Cheek by Jowl’s The Winter’s Tale

Start time will be 19.30 (BST) and the live link for the show is here on the British Council’s site. The running time will be 2 hrs 40 minutes including a 20 minute interval.

The production, directed by Declan Donnellan, has been described as “an original masterpiece” that “pairs irreverence and inventiveness with emotional clarity and power” (Reviews from Le Figaro and The Stage), and I’ve received more tweets praising it than for any production I can remember. More information about the play is also available at the Barbican website at the moment. It centres around the figure of the King, Leontes “a delusional and paranoid king who tears his family apart”.  This link leads to an interview with Orlando James who plays the role. 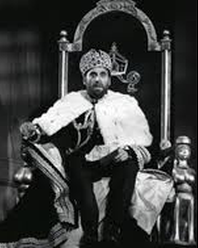 Antony Sher as King Leontes in the RSC’s The Winter’s Tale, 1999

I particularly remember Antony Sher’s portrayal of Leontes in the RSC’s 1999 production. On a set that included billowing black cloths, claustrophobic walls and unnatural perspectives, he lurched, wild-eyed, downstage at one point, clearly in the grip of some kind of delusion. Tatspaugh includes extracts from an interview Sher gave to critic Charles Spencer in which he explains that he visited a number of psychiatrists who offered diagnoses of Leontes’ condition. Sher decided the closest match was “psychotic jealousy”, which “descends from a clear blue sky. The patient becomes irrationally convinced that his partner is betraying him and it causes wildly obsessive behaviour, morbid fantasies and paroxysms of rage and violence followed by periods of intense remorse”. Sher’s performance accurately reflected these symptoms, but how, four hundred years ago, did Shakespeare know about them?

This year’s recipient of the annual Pragnell Award, given on 22 April 2017 at Shakespeare’s Birthday Luncheon to someone who has achieved great success in the world of Shakespeare, will be Sir Antony Sher. His most famous roles include Richard III, Macbeth, King Lear, Falstaff and Prospero but my favourite over the years has been Leontes, the relatively unknown, psychologically complex King of Sicilia in the flawed but magnificent  The Winter’s Tale.