Shakespeare, culture and the digital 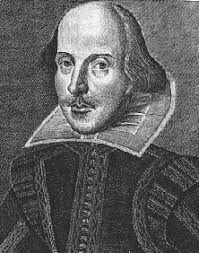 On Monday 3 July it was announced that the DCMS (Department of Culture, Media and Sport) would change its name to the Department of Digital, Culture, Media & Sport. Sadly this has nothing to do with digital developments in the arts, as the Secretary of State stated that the focus of the Department had changed so that “half of its policy and delivery work now covers the digital sectors – telecommunications, data protection, internet safety, cyber skills and parts of media and the creative industries”. Unnoticed by most of us, the “Culture ” bit of the Department seems to have been somewhat demoted.

Digital developments, however, have been embraced by cultural organisations. One of the most popular has been the digital live streaming of performances of plays and operas, usually shown to paying audiences in cinemas but occasionally freely online to viewers worldwide.

Screenings have brought these cultural offerings to people who would never be able to get to a theatre performance, enlarging audience numbers, and have also created a great deal of academic interest. Theatre organisations have not always welcomed them, because producing a hybrid event watched by remote viewers could compromise their main job of staging live shows to live audiences. Knowing that a show is to be filmed, would it change the live production? Would the audience for live theatre be reduced or changed? And would the cinema audience behave and respond differently from a theatre audience? Erin Sullivan, of the Shakespeare Institute, has frequently addressed the issues on her Digital Shakespeares blog. 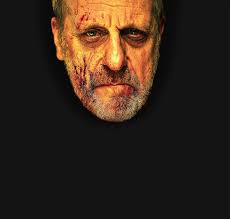 In an attempt to make the process of judging audience reaction less subjective, the RSC is conducting an innovative research project in collaboration with Ipsos MORI to monitor the emotional engagement of audiences watching Shakespeare’s most violent play, Titus Andronicus. A carefully-selected group of volunteers watching simultaneously in the theatre and a cinema will wear heart-rate monitors during the performance, then will be interviewed on the strength of their reaction to the play which includes scenes of rape, multiple murders and mutilation. In the theatre, members of the audience often faint. Might audiences used to seeing more realistic violence on cinema screens be less affected by stage effects, or just be distanced from the horrors of the play?

The article on the RSC’s website tells us that this is intended to be a more scientific study than any undertaken so far. ” There has been previous research around the impact of cinema broadcasts, but this will be the very first time there will be direct measurement and comparison of the emotional experience of both theatre and cinema audiences for a Shakespeare play.”  It will take place on 9 August, and the results will be released in November. It’ll be interesting to see what the survey shows, with implications beyond the live digital screening of a Shakespeare play.

In Oxford from 10-12 July a conference will be held at which the issue of live screenings is sure to be raised. Convened by the Bodleian Libraries and the Folger Shakespeare Library in Washington, DC, Digitising the Stage: Rethinking the Early Modern Theatre Archive will look at the many ways in which digital technology is being used to enhance the study of stage performance.

The conference will include a whole range of approaches, including analysing early modern buildings, the creation of multimedia digital texts, describing the archives  themselves and papers examining the ways in which digital media can be used in teaching.

I’m not familiar with some of the newer developments, and I’m sorry I’m not going to be able to be at the conference to find out more. The RSC’s archives, which I cared for over many years, included materials in a huge variety of analogue and digital formats from wax cylinders to DVDs. I wholeheartedly welcome the creative use of technology to enable theatre archives created and stored in a variety of ways and in many different locations to be made more widely available. 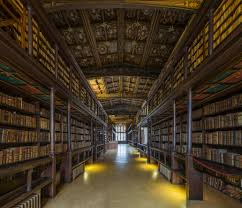 I’m sure the archivists at the conference will remind the other participants that even in a world where everything is theoretically available anywhere you have an internet connection there are still many challenges. Many collections are not yet fully catalogued, let alone digitised, and copyright and other intellectual property rights remain hurdles to be overcome.

Despite the conference’s 21st-century subject, I notice participants are being offered a tour of Duke Humfrey’s Library, built between 1450 and 1480 and still in use, housing rare books including a copy of Shakespeare’s First Folio. The fact that several copies of the Folio are available online for anybody to view does not stop people wanting to engage with the real thing. It’s going to be interesting to see whether the research into live versus cinema viewings will show similar results when published later in 2017.