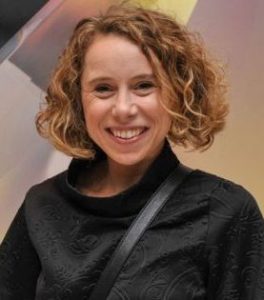 Michelle Terry, the Artistic Director designate of Shakespeare’s Globe in London, has now released her ideas for the theatre when she takes over in April 2018. She knows she will be keenly watched: Emma Rice seemed to have barely got her feet under the table before her departure was announced in a humiliating episode for her that did nothing for the reputation of the Globe’s Board. Rice’s introduction of twenty-first technology in the form of artificial lighting and amplification was said to be responsible for the disagreement, and the use of natural staging conditions has been written into Terry’s contract. The Globe’s position is unusual, and in her piece for The Stage Lyn Gardner summarises the problem: “It is an organisation caught between those who believe the Globe must not stray from its original mission to explore the conditions Shakespeare and his contemporaries worked in, and those who believe that theatres and spaces must constantly evolve or they become museums.” 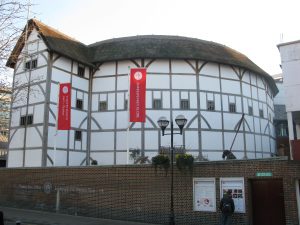 Terry is best known as an actor, and has never done any directing in the theatre. This could well be an advantage: the original Globe was set up and managed by actors, including Shakespeare himself, and it was actor Sam Wanamaker who fought for it to be reconstructed. Shakespeare’s Globe’s first artistic director was the highly-respected actor Mark Rylance. Lyn Gardner again notes that “The Globe is very much an actors’ theatre, making huge demands on its performers and creating a unique relationship between performers and audience.”

Michel Billington thinks she could be an inspired choice, with a tremendous track record acting in Shakespeare, including a number of roles at the Globe. So she already understands the challenges of acting Shakespeare in the space as no other Artistic Director has done before.

On her appointment, Michelle Terry spoke of her excitement:

The work of Shakespeare is for me timeless, mythic, mysterious, vital, profoundly human and unapologetically theatrical. There are no other theatres more perfectly suited to house these plays than the pure and uniquely democratic spaces of The Globe and the Sam Wanamaker Playhouse. I am so proud and excited that I will be in the privileged position where I can offer artists the opportunity to come together to reclaim and rediscover not only Shakespeare, but the work of his contemporaries, alongside new work from our current writers. For us to then share those stories with an audience that demands an unparalleled honesty, clarity and bravery, is all a dream come true.’ 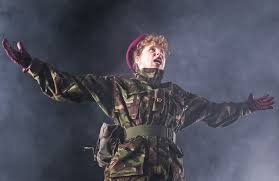 Her ideas are refreshingly uncomplicated: she won’t be directing any plays, but will be acting in a few. She will ensure that casting is “gender blind, race blind, disability blind”, these will be no artificial lighting or amplification, and she wants to involve more children. As an actor herself she will ensure that the focus is on the acting, and she can speak with authority as she has herself taken on that most masculine of roles, Henry V, at the Regents Park theatre in 2016.

It remains to be seen how this arrangement will work in future: Dominic Dromgoole, the previous artistic director, defended Rice’s right to use lighting and sound even though he did not agree with her decision. Rice herself felt it was essential that as Artistic Director she was allowed “personal trust and artistic freedom”. Lyn Gardner believes that Terry may be able to bridge the gap, guiding the Globe “ into a position where it may feel more comfortable about re-evaluating its role and meeting the needs of a 21st-century theatre audience”

Emma Rice seems now to be thriving with a new, controversial project. She is setting up a new company called Wise Children, and although Rice claims it will be “firmly and deeply rooted in the south-west” as was her Kneehigh company, it was registered in London. It will initially be resident at the Old Vic, just a few minutes from Shakespeare’s Globe. It is on the strength of this regional connection that she has been granted substantial Arts Council funding at a time that other established arts companies have had their funding removed.

Even so, exciting times for women in the theatre. Good luck to them both!

One Response to Michelle Terry at Shakespeare’s Globe