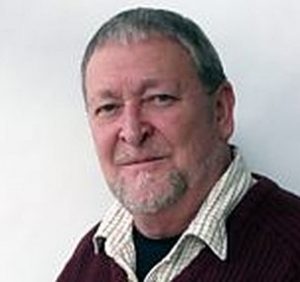 The speaker at a recent meeting of the Shakespeare Club in Stratford-upon-Avon was actor Robert Lister. Never heard of him? Well Robert wouldn’t be hurt or surprised. He described himself as an “engine room actor” and in his talk, entitled “An Actor’s life for Me”, he explained how, accepting that stardom was unlikely to come his way, he chose to embrace acting as a profession that could lead to a life of interesting jobs, sometimes in exotic locations. His career’s been busy, varying from radio drama to TV voiceovers and understudying stars including Ian Richardson and Michael Gambon. If he ever had a regional accent, he has lost it, having had to adopt a range of voices over the years.

It’s surely always been the way, right back to Shakespeare’s day. The First Folio lists twenty-six “principall actors”. We don’t know how any of them spoke. Did they use their own  accents, or did they adopt some form of Received Pronunciation? In Shakespeare’s plays, the “upper classes” speak in formal language but it’s obvious that he intended some characters to speak in dialect, such as the Welsh captain Fluellen in Henry V whose favourite phrase is “look you”.

In Hamlet’s advice to the players the emphasis is on being natural:

Suit the action to the word, the word to the action; with this special observance, that you o’erstep not the modesty of nature: for anything so overdone is from the purpose of playing, whose end, both at the first and now, was and is, to hold, as ’twere, the mirror up to nature;… O, there be players that I have seen play,…that… have so strutted and bellowed that I have thought some of Nature’s journeymen had made men, and not made them well, they imitated humanity so abominably.

There’s not much help here for any actor thinking about what kind of voice they might employ. I’ve recently been reading Laurence Olivier’s book On Acting, a masterclass from one of the twentieth-century’s greatest. He was famous for his physical transformations: “I like to think that my face has always been an open canvas, ready to be moulded as I wished. It has always been my great joy to surprise an audience.” (p12)

This was always, though, a means to an end: “The actor creates his own universe, then peoples it – a giant puppet master. The trick is to make the audience feel that they are observing reality…To convey the word that has been placed in your mouth to a great number of people you have to exaggerate subtly”. (p11)

As a young actor, he was criticised for his speaking of Shakespeare, so he always tried to find the right voice. With Richard III “Then there was the voice. It came to me: the thin reed of a sanctimonious scholar…It had an edge that I had never used before, a mixture of honey and razor blades”. (p79) For Othello, too “I was sure he had a deeper voice than mine. Bass, a bass part, a sound that should be dark violet – velvet stuff. A careful way of speaking” (p106)

He doesn’t specifically talk about accent, but it’s fair to assume that if he’d felt a regional accent would be right for a character, he would have adopted one. 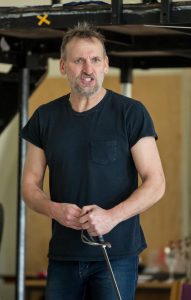 Christopher Eccleston in rehearsal for Macbeth, 2018

Reading Olivier book, it’s been interesting to hear Christopher Eccleston’s views on playing Shakespeare. Coming from a working class family in Manchester he feels he hasn’t been offered the roles he would have had if he’d been educated differently, and only got the role of Macbeth with the RSC because he approached the Company’s Artistic Director. Specifically, he feels it’s his accent, which he obviously isn’t prepared to change, that has made the difference. In an interview he explained:

“I’m never offered Shakespeare… I was born in 1964 on a council estate. I didn’t go to the right university or the public schools…. You don’t hear many accents like [mine], and it’s discrimination and I loathe it. It’s held me back in terms of the classics because people like me “can’t be classical”.”

There was a time, in the 1960s, when actors with northern accents, like Albert Finney,  were in demand in Shakespeare.  Eccleston isn’t alone in being concerned about how the situation was been reversed in recent years. Back in 1992 Barrie Rutter founded Northern Broadsides, “a company of  Northern actors who perform in their natural voices and have an indisputable command of the language and poetry of classic drama”. His aim was to celebrate “the richness and muscularity of the Northern voice” and break “the southern stranglehold on classical performance”. 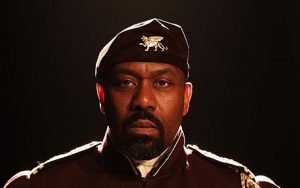 The Company’s most high profile success came in 2009 when comedian Lenny Henry played Othello, though interestingly Henry largely abandoned his native accent. Barrie Rutter, during rehearsals, commented  “I would actually like to hear more of Lenny’s native Dudley and Jamaica in his voice than I am hearing”. Running the company has been an uphill struggle and although Rutter is now 70 he’s made it clear that he is now leaving because he is tired of arguing the case for funding with the Arts Council.

If it’s true, it’s a sad reflection on the state of acting at a time when such efforts are being made to be sexually and ethnically inclusive in the arts. Christopher Eccleston’s Macbeth is just about to open: let’s hope it’s successful, and that he makes his point.