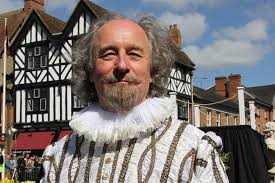 Mr Shakespeare ready for the 2018 celebrations

This weekend Shakespeare’s 454th birthday will be celebrated in the town of his birth, as it has been for nearly two centuries. While there are elements of the Birthday that have become traditional, almost every year the organisers add new elements to make the weekend more appealing to visitors and more engaging for locals.

In 2018 the two new features both contain elements linking to either celebrations of the past or to Shakespeare’s plays themselves. The main celebrations will take place on Saturday 21 April and part of it is to be a Literary Carnival Pageant. Local groups have been invited to create walking tableaux based on literary themes. These do not necessarily have to have any connection with Shakespeare so we can expect representations of Peter Pan and Harry Potter as well as works of Shakespeare himself. I’m pleased to see this idea as it echoes the Garrick Jubilee of 1769, the very first celebration of Shakespeare in the town. One of the most-anticipated elements of this three-day celebration was to be a parade of Shakespeare characters. Torrential rain blighted the Jubilee and caused the parade to be abandoned, but we know what was planned because engravings were made in advance. It would be more than fifty years later that the planned parade was put into effect in 1827 as part of the first celebrations organised locally. On April 23 of that year a mixture of professional actors and local people dressed up and, in groups, represented many of Shakespeare’s best-known plays. As is to happen in 2018, the participants walked, identifiable by the props they carried such as Macbeth with the daggers and the gravediggers from Hamlet with their spades. The weird sisters also from Macbeth somehow managed to carry a cauldron with them that they danced around. 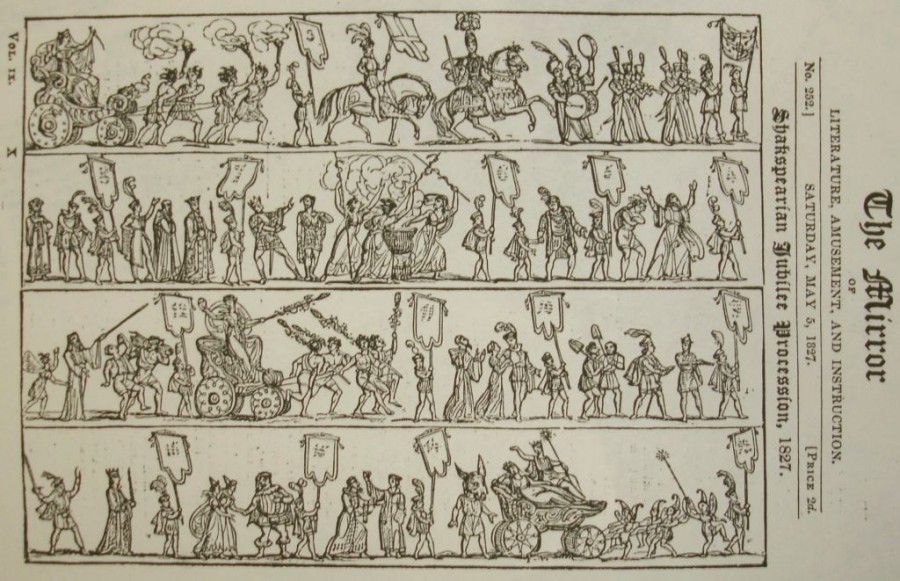 A detailed description of the whole thing was described and published, together with an illustration in The Mirror of Literature, Amusement and Instruction. We are told that it took around three hours to follow a winding route around the town and was estimated to have been watched by between thirty-five and forty thousand people. One account noted “its accomplishment was so far effected as to merit the approbation of the thousands of spectators assembled on the occasion”.

The second element of the celebrations that is new to 2018 is the first National Living Statue Championship. Living Statues have been seen around Henley Street in Stratford for several years, but this competition will welcome artists from all over the UK and Europe. The living statues will be on display on Saturday afternoon and Sunday, when they will be judged and the winner announced.

Shakespeare included a living statue of his own in his late play The Winter’s Tale. He took the idea from his favourite writer, the Roman poet Ovid. In the story of Pygmalion, one of his  Metamorphoses, the sculptor Pygmalion created a statue of a woman so beautiful that he fell in love with it. Venus, the goddess of love, took pity on him and brought the statue, Galatea, to life. The story of Pygmalion is one of Ovid’s most compelling tales, that has inspired many visual and dramatic artists. Although Shakespeare doesn’t refer to the rest of the story, it’s clear that the tale of a cold, dead statue being brought to warm and breathing life made a great impact on Shakespeare. For much of The Winter’s Tale, Shakespeare sticks quite closely to his main source, the story Pandosto but he completely changes the ending in order to close the play with this miraculous scene. 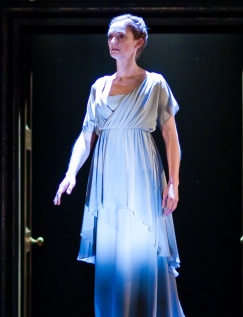 Queen Hermione has been thought to be dead for sixteen years, but when her long-lost daughter is found, Paulina, who has preserved her secretly, invites the king, the daughter Perdita, and courtiers, to view the statue. The audience does not know what is about to happen. Paulina prepares the king:

If you can behold it,
I’ll make the statue move indeed; descend,
And take you by the hand.

She instructs Hermione, “‘Tis time; descend; be stone no more; approach”. Courtiers then describe how Hermione embraces her husband, hanging about his neck.

It’s an unforgettable moment. The story of Pygmalion had though been in Shakespeare’s mind before. In his narrative poem Venus and Adonis, the goddess of love, Venus pursues the beautiful but cold Adonis. Like Pygmalion, Venus touches, caresses and kisses the object of her love, but unlike Galatea, Adonis does not respond. He’s described as a “lifeless picture, cold and senseless stone,/ Well-painted idol, image dull and dead,/ Statue contenting but the eye alone.”