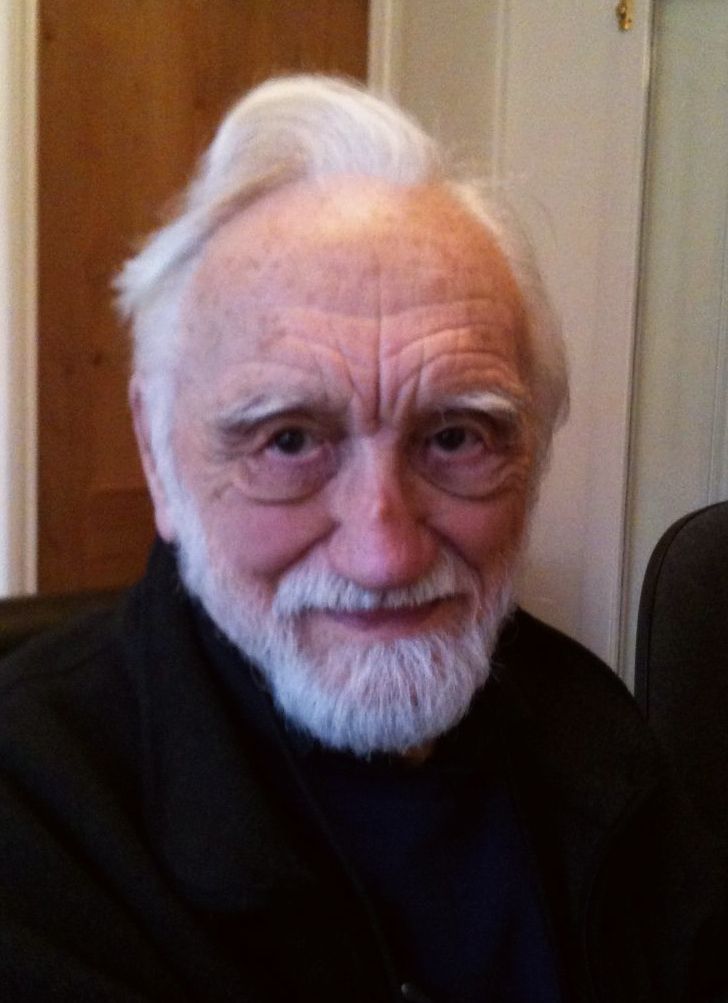 Monday 23 April 2018 was the 402nd anniversary of Shakespeare’s death. By coincidence it was also the day that a very special man, a great Shakespearean and man of the theatre, Roger Howells, died at the age of 88.

Most people won’t recognise his name or face because Roger was a man who worked behind the scenes. He began his career at the Royal Shakespeare Company working backstage as a Stage Manager in 1962, progressing to be one of the RSC’s most important members of staff as Production Manager at the RST and the Swan Theatre. When he retired in 1994 he had worked for the company for over 30 years, during which time he had helped to establish the RSC’s high standards of production, thereby contributing to both the RSC’s international reputation and the enjoyment of thousands upon thousands of theatregoers.

After taking a short break, in retirement Roger was ready for something else and he was invited to volunteer to work with the RSC’s production archives kept at the Shakespeare Centre Library in Henley Street. These were my main area of responsibility so Roger and I worked together. His first job was to process thousands of photographs recently cleared out from the RSC Press Office that had been delivered in about 15 large A4 filing boxes. He set about processing the photographs with gusto, filling up several new filing cabinets. His intimate knowledge of the productions meant he could identify details with ease and he showed himself to be happy to  follow our procedures for stamping, labelling and creating envelopes. His work ensures that the photographic records of RSC productions are fully documented for the benefit of future researchers.

Roger then move on to a more complex area of the RSC archives, but one he knew intimately, the Production Records. These miscellaneous documents were rarely if ever consulted, on arrival being ticked off on a checklist then tied into a bundle and stored on shelves. They were obscure: lighting plots, photos of backstage details, lists of props. But there were also gems: rehearsal notes written by stage managers, scripts in different stages of development, and the reports written by the stage manager after each performance giving details of the unusual events that inevitably happen during live shows. Identifying and sorting these items was a perfect job for Roger, and in time a team of volunteers was formed to rehouse and catalogue them. It’s because of Roger’s work that these items have been made accessible for researchers, but what was even more valuable was Roger’s presence as he generously assisted researchers to make sense of them.

His expertise was much in demand with the Shakespeare at Stratford series, published by the Arden Shakespeare in 2002-3. Each volume took one Shakespeare play and examined all the productions of it by the RSC between 1945 and the date of publication. The authors exploited the theatre’s archives in more detail than any others have done before or since, five of the six volumes acknowledging his help, Gillian Day in her Richard III volume noting his “acute recollection of production details”.

Personally, Roger was a delight to work with, cheerful, enthusiastic and endlessly fascinated by Shakespeare and theatre. He was  amused to be occasionally mistaken for Professor Stanley Wells, another grey-haired, bearded elderly gentleman who worked in the Shakespeare Centre. Roger might not have been a public figure, but word of mouth made him well known and readers often requested a special meeting with him, which he always granted. He was genuinely interested in other people’s research projects, his knowledge finding its way into countless essays, papers and books. His contribution to the reputation of the RSC and its productions has been considerable.

After I retired from the Library and Archive we most often met there while I was working as a researcher myself, but I also began to make sound recordings of people’s memories of RSC productions. I recorded Roger twice, and clips from our conversations have featured on several of my blog posts. In this one he talks about Love’s Labour’s Lost, 1973, this one The Tempest from 1951 and 1982, and this one the 1965 Hamlet.

Roger Howells, like Pyramus “a most lovely gentleman-like man”,  will be remembered fondly by the many people who knew him, but there are also many who have benefitted from his expertise and will continue to do so without ever knowing his name.

This entry was posted in Uncategorized. Bookmark the permalink.